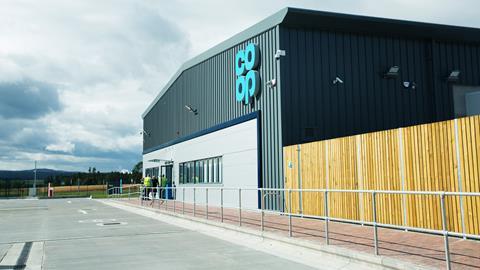 GCA got the right result on Co-op code compliance breaches

Yesterday the Groceries Code Adjudicator Christine Tacon found the Co-op guilty of breaches of the Groceries Supply Code of Practice, on two counts.

The GCA said the Co-op failed to provide reasonable notice to suppliers of decisions to delist products. It also varied supply agreements unilaterally and without reasonable notice in the way it applied depot quality charges and benchmarking charges. These breaches, the GCA found, cost suppliers hundreds of thousands of pounds.

Why, then, has Tacon not fined the Co-op for its behaviour?

For starters, the nature of the case comes into it. Tacon found the Co-op had not acted maliciously, rather the breaches came down to “weaknesses in the Co-op’s systems and processes”.

“At the core there was inadequate governance to oversee and manage code compliance,” she added.

The breaches primarily (but not exclusively) took place between the summers of 2016 and 2017 and the delistings generally related to the Co-op Right Range Right Store programme. This was the key turnaround plan the retailer implemented after the Co-op as a whole had hit major financial difficulties. In her apology to suppliers this week, Co-op Food CEO Jo Whitfield explained: “We were focused on rescuing the Co-op and doing right by consumers, but we should have also given more thought to the potential impact these planned changes would have on our suppliers.”

While this is not an excuse, there is a sense that processes and governance could suffer at a time of such crisis. The Co-op has refunded £650,000 to affected suppliers and had to foot the bill for the investigation, which currently stands at £1.3m on top of further costs the Adjudicator will rack up in ensuring the Co-op complies with her judgement.

This is only the second full investigation into code breaches carried out by Tacon since her office was created in 2013 (though there have also been ‘case studies’ on Asda and Morrisons).

The first investigation, into Tesco, which concluded in 2016, took place before she was granted powers to fine retailers up to 1% of annual sales.

It is widely felt that had those powers been in place at the time then a fine would have been forthcoming due to the nature of those breaches, which involved the delaying of payments to suppliers and the demanding of extra fees.

But that was a fairly extraordinary case and Tacon has been clear that the power to fine is primarily there as a deterrent. The monies from any fine would go straight to the Exchequer rather than suppliers and she sees her role as working on behalf of suppliers to ensure fair dealing. It is therefore a better outcome if suppliers are compensated and retailers change their long-term behaviour – which certainly looks to have been the result in this case.

The Co-op did a remarkable job in terms of the success and speed of its commercial turnaround. It will be interesting to see if it can be just as dynamic when it comes to improving its dealings with suppliers, systems, governance and ultimately code compliance.