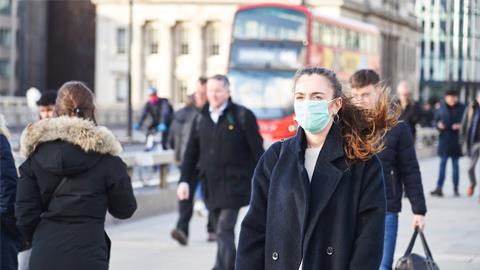 The coronavirus outbreak continues to worsen as it spreads across the world. The virus – officially dubbed Covid-19 – is “public enemy number one”, according to the World Health Organization.

While the biggest concern is undoubtedly the serious risk to public health, fears are also mounting over the potential impact on food and drink supplies. Although cases have slowed in China, other countries in Europe are battling major outbreaks, raising fears over imports. And the UK has just entered a strict lockdown to slow the spread of the virus.

So what’s the latest situation? And what could lie ahead for the industry?

Can supermarkets remain open during lockdown?

Yes. The government has now ordered pubs, clubs, cafes, bars, restaurants and non-food shops to close. However, supermarkets and other food shops can remain open. Announcing UK lockdown measures on 23 March, Boris Johnson confirmed people will be allowed to shop for basic necessities, but urged them to do so “as infrequently as possible”.

Most supermarkets have now changed their opening hours to allow staff to re-stock shelves overnight, as well as setting aside times for the NHS workers, the elderly and vulnerable shoppers. You can see the full list here. 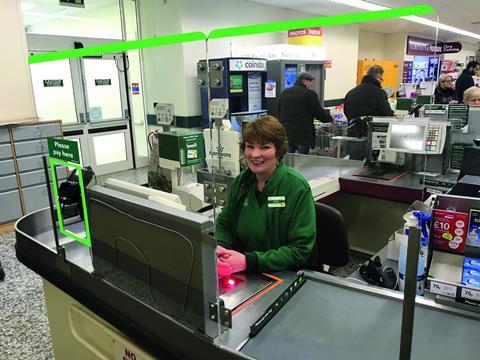 Morrisons has introduced screens at till points

Supermarkets have also begun introducing social distancing measures to protect staff and customers. Waitrose was the first to announce plans to limit the number of customers in its stores at one time. It has also introduced dedicated marshals for each outlet to help to manage queues outside and, if necessary, remind customers to respect the two-metre social distancing rule.

Morrisons, meanwhile, has installed protective screens at checkouts across its shop estate. It’s a move several other supermarkets have also now made.

The contactless limit will increase from £30 to £45 on 1 April to let shoppers complete purchases without touching the keypad on card payment terminals.

The outbreak has caused serious pressure for online home delivery services. Sainsbury’s and Ocado have stopped new registrations while Waitrose and Iceland have put disclaimers on their sites asking non-vulnerable people to avoid ordering online and to go to stores instead.

For deliveries going forward, the supermarkets have implemented a variety of measures to make them safer and more efficient. In order to protect staff, all deliveries from the major mults are now in plastic bags and dropped at the doorstep – keeping contact to a minimum. Product per customer limits are also in place and some retailers have halted doorstep returns and substitution rejections altogether.

A number of cafes and pubs are also now offering takeaway services, while wholesalers are exploring options for selling direct to consumers. Bidfood and JJ Foodservice have just launched D2C home deliver and click and collect for the first time, for example.

What’s the situation with food imports from Europe?

Europe is the UK’s biggest source of food imports – accounting for around 30% of all food consumed in this country.

Italy was the first European country to face significant lockdowns, leading to warnings of potential shortages of goods like pasta, mozzarella and coffee. However, Italian food producer quickly took steps to minimise disruption to supplies - such as stockpiling in the UK.

And while other European countries such as Spain and France have now introduced own strict lockdown measures, farms and factories are still operating across the Continent. 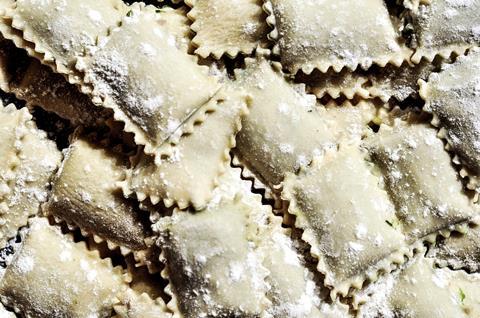 There have been warnings of potential shortages of goods like pasta, mozzarella and coffee

Hauliers are also still moving food and drink across Europe, despite border controls imposed by EU countries to try and stem the spread of coronavirus.

In response to delays caused by border controls, the EU introduced ‘green lanes’ at borders to ensure the smooth flow of all goods. Further guidelines such as a target of 15 minutes for border crossings, the suspension of freight restrictions, and reduced paperwork for lorry drivers, will also ease frictions.

One concern shared by food producers and hauliers is the impact of coronavirus on staffing levels. If high numbers of workers and drivers fall ill or are forced to isolate, more disruptions could be expected, experts have warned.

As a result, there are some fears among UK food manufacturers that sourcing certain ingredients could become more difficult in the future.

Have the restrictions in China had an impact?

China is a hub for fish processing, exporting more fish to the UK than any other country last year, according to HMRC data. The country also supplies a third of the UK’s garlic and most of the world’s vitamins.

The government is now easing restrictions and so production should slowly start to increase, but it could be many months before it returns to pre-outbreak volumes. 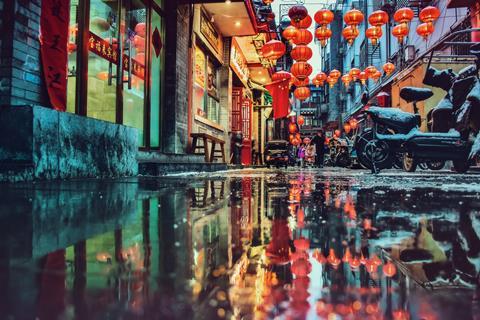 China is an essential market for premium British shellfish

The collapse of exports to the country is also impacting many sectors in the UK. The closure of Chinese ports meant pork, among other goods, was unable to enter the country. It has led to British cold stores reaching capacity and consequently slowed pork processing in the UK.

Fishermen have been similarly affected. China is an essential market for premium British shellfish such as lobster, langoustines and brown crab, but the closure of markets has forced some seafood businesses to close.

Can the UK increase production of food?

Yes. In fact, UK food and drink manufacturers have already increased production by as much as 50% in response to unprecedented demand from shoppers. Manufacturers are also switching their focus to essential items – a number of alcohol distilleries, for example, have begun producing hand sanitiser.

Speaking on 21 March, environment secretary George Eustice insisted there was “more than enough food to go around”. The biggest problem at the moment is unprecedented demand, rather than shortages of supply.

“There is no shortage of food available and more is arriving at shops every day,” Eustice said. “But the challenge all our retailers have faced is keeping shelves stocked throughout the day in the face of increased purchasing behaviour.”

People who work in food and drink supply chains are considered key workers, meaning they can still send their children to school and go to work, despite the UK’s new lockdown measures.