Pandemic putting more food ‘at risk of going to landfill’ 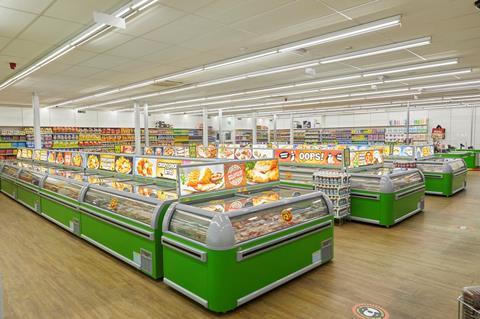 Fluctuations in demand in the pandemic are driving a surge in quantities of food destined for landfill, according to a retailer specialising in clearance stock.

Oops Food Clearance sells frozen lines that manufacturers have over-produced, or which cannot be supplied to the intended customer because of specification errors.

Oops opened its first two stores last month, in Bolton and Preston. In the two weeks since The Grocer reported on them, the chain has been contacted by manufacturers into retail offering 300,000kgs of frozen food, including desserts, ready meals and raw materials such as beef and lamb, according to Davis.

“Once you start to use manufacturing efficiencies for volume, invariably you’ll end up with a lot of product that, if a retailer then decides they want to have a range review or change suppliers, you’re stuck with,” said Davis.

He said the challenge of meeting unpredictable demand in the pandemic had left manufacturers more susceptible to the problem. “It’s happening more this year. The fluctuation in demand that we’ve seen this year, I’ve never seen anything like in 30 years in the industry.

“We have just purchased, two weeks ago, 70,000kg of pastry products that were packed for retailers. You’ll see them in our stores now.”

Oops is the retail operation of frozen food supplier KPFF, launched by Davis is 2011 and specialising in repackaging clearance products for discount retail.

Davis plans to open another two Oops stores, in St Helens and Warrington, by Christmas, and up to 30 more next year.

Davis said the second national lockdown would only add to levels of surplus which might go to landfill, particularly from foodservice.

“Throughout my career, the one thing that was always predictable was the seasonality of Christmas,” he said. “But this year, for the first time ever, how do you forecast Christmas? No one knows if the pubs and restaurants will be open.

“I’m absolutely certain, when you talk about surplus products, it is only going to increase.”