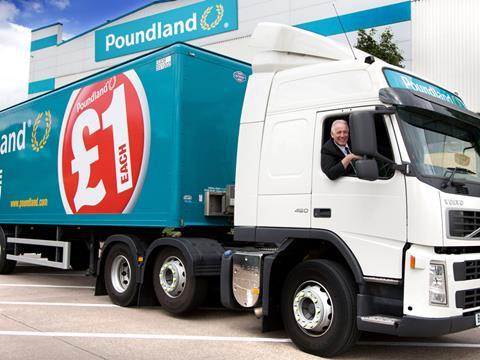 Trucks may have been overpriced by up to £10,000 because of an illegal price fixing scandal

Poundland, Lincolnshire Co-operative and JJ Food Service are among claimants potentially seeking billions of pounds in damages from a group of European lorry manufacturers that were found to be running a cartel.

Law firm Edwin Coe, which filed the group action this week, estimated that approximately 10 million trucks were sold across the EU during 1997-2011 and suggested that each one may have been overpriced by up to £10,000 because of an illegal price fixing scandal.

It is calling on large and small supermarkets and high street retailers that purchased, leased or outsourced lorries weighing six tonnes or more during the 14-year-period to join the lawsuit.

The claim stems from a European Commission ruling in 2016 against five truck manufacturers - MAN, Volvo/Renault, Daimler/Mercedes, Iveco and DAF - which admitted to participating in the cartel. Scania denied any wrongdoing but, following an investigation by the European Commission, was also found to have participated in the cartel. Collectively, the truck manufacturers were fined more than €3.8bn.

“The fact is that pricing in the trucks market was heavily skewed in this period by the existence of an anti-competitive cartel, even beyond the major manufacturers who have been officially fined by the EU,” said Zahira Hussain, a solicitor at Edwin Coe.

“New trucks may have been overpriced by up to £10,000 per vehicle and the secondhand market impacted too. We welcome new claimants to our group. The first hearing in this case is on 21 November so interested parties need to move fast.”

A Poundland spokesman said: “We believe there is a strong case that we were overcharged over a period of time. As a value retailer our customers expect us to manage our costs so we can invest in the ranges we offer them. Every pound we spend elsewhere is a pound we’re not spending on them.”

The Road Haulage Association also has a separate collective claim underway, which the Co-operative Group has joined.

“We are part of the Road Haulage Association’s class action and Backhouse Jones will be representing us,” a Co-op spokesman confirmed.

Steven Meyerhoff, director at Backhouse Jones, added: “The Road Haulage Association is seeking to represent the industry - not just RHA members - to recover damages on behalf of truck operators and already has over 4,300 operators signed up, including from the retail sector.”

An initial hearing for the RHA claim is being held at the Competition Appeal Tribunal on 12 December 2018.