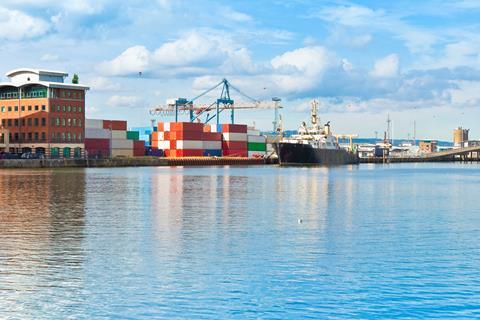 Supermarkets are looking to avoid complex checks by taking responsibility for goods in GB, rather than upon receipt in NI

Supermarkets fear new border checks on foods moving from Great Britain to NI will cause havoc as most NI stores are supplied from distribution centres in GB.

Lorries supplying NI supermarkets can often contain thousands of different product lines including hundreds of products of animal origin, each of which may require its own set of complex paperwork.

But supermarkets are now looking to simplify the process by taking responsibility for the goods in GB rather than upon receipt in NI, the Grocer understands.

Customs experts claim this “fiscal consolidation” will mean all products would be lumped together as effectively just one consignment - so each lorry could travel with just one set of paperwork that lists each item.

“If you fiscally consolidate it by purchasing it all in the GB, and then send it to Northern Ireland, then it’s a much simpler entry,” said Rob Hardy, founder of the Customs Clearance Consortium.

Seamus Leheny, Northern Ireland policy manager at the Freight Transport Association, added: “There has to be a way of simplifying this rather than doing multiple forms.”

If a solution is not found, some are worried that retailers could start to question their Northern Irish presence. “If they’re faced with a mountain of formalities and administration and red tape, it hits their margins and calls into question the viability of their business models to have a store in Northern Ireland,” said Leheny.

Each retailer operates a different model for supplying their Northern Irish stores. Tesco maintains distribution centres in Ireland whereas Sainsbury’s and Asda do not.

“There are different solutions that can be looked at but it’s not going to fit everyone,” said Aodhán Connolly, director of the Northern Ireland Retail Consortium.

Retailers are also hoping a ‘trusted trader’ scheme can ease the regulatory burden. By carrying out regulatory checks at distribution centres either in GB or Ireland, goods could arrive in NI and move through with a bare minimum of formalities and checks.

Michael Gove set out the government’s proposals for Northern Ireland last week, claiming customs checks will be “minimal” on goods moving from GB to NI, though the plans are expected to be met with strong opposition in Brussels.

HMRC typically provides more detailed guidance to the customs specialists who will be required to implement many of customs changes on businesses behalf, though this has now seemingly dried up. “For the first time ever there is no information coming out of Customs about what’s going to happen, what they think might happen or what they would prefer,” said Peter MacSwiney, chairman of ASM UK. “So I’ve no idea whether their proposals have got any legs.”