Suppliers report fall in fines for ‘drop and drive’ deliveries 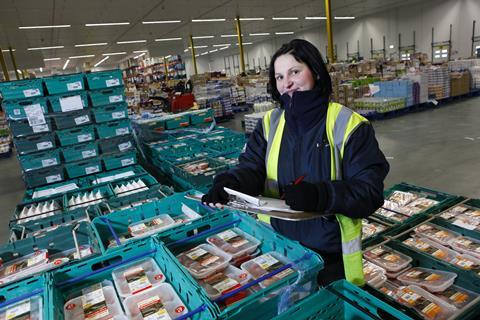 Suppliers have saved tens of millions thanks to sweeping changes to the ‘drop and drive’ procedures that saw them fined for inaccurate deliveries to supermarkets.

Findings from a group of 20 suppliers, who first highlighted the extent of the controversial charges in 2017, show a 90% fall in the sums being deducted for delivery errors, thanks to the adoption of so-called good faith receiving (GFR) procedures and other improvements to retailers’ systems.

Three years ago the suppliers provided evidence to Groceries Code Adjudicator Christine Tacon. Between them, they said they had seen £15m a year deducted by supermarkets for alleged discrepancies in their deliveries, the equivalent of up to 47 cases in every 10,000 being questioned.

The latest figures show the same companies have seen the average number of claimed discrepancies fall sharply to seven cases per 10,000, which they estimate has saved them £13m a year.

As Christine Tacon steps down, the latest survey rankings show the GCA’s job is far from done

The decrease came after the threat of an investigation by Tacon, which sparked widespread adoption of new practices. Waitrose last year became the latest retailer to introduce GFR, following the likes of Co-op, Morrisons, Asda and Sainsbury’s.

Under GFR, suppliers are paid on time and in full, with a quarterly audited deduction directly attributable to their delivery accuracy.

Tesco has also carried out a major review of its fining procedures, which has also seen a massive reduction in fines.

“The impact for suppliers has always been more than financial, with hours spent trying to prove deliveries were made and recover monies deducted by retailers,” said Simply Supply Chain founder Jonathan Kittow.

“The adoption of GFR by the top retailers and Tesco’s overhaul of its processes has enabled all suppliers to reduce their deduction by up to 90%.”