UK supply of Australian wine likely to be safe from bushfires 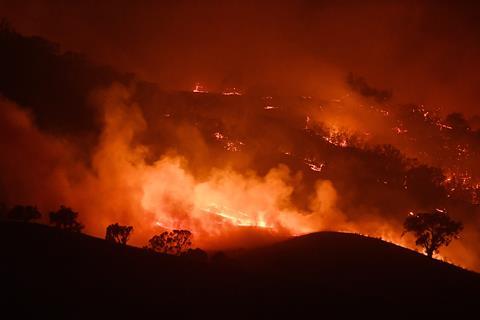 Australia’s devastating bushfires are unlikely to affect the UK’s wine supply, but the prolonged drought could take a toll, growers have warned.

The fires have killed 28 people and scorched more than 24 million acres of land since they began in September. The wine-producing Adelaide Hills region is among those hit by a “devastating” blaze, with a third of wine production in the area potentially affected, Jared Stringer, vice-chair of the local wine association, told The Guardian in December.

Australian vineyards are at risk from both the direct impact of the fires as well as “smoke taint” caused when fumes permeate the skin of the grape during ripening, leaving the wine with a smoky taste. Vines can take up to five years to return to full production.

Fortunately for buyers in the UK, which sources more wine from Australia than any other country outside Europe, early assessments suggest the country’s overall wine production will remain largely unaffected. “We don’t see it being a major disruption to this year’s vintage,” says Hayden Higgins, senior wine and horticultural analyst at Rabobank. “You wouldn’t expect British supply to be severely disrupted, at least based on our current understanding.”

The impact of the ongoing blaze is currently limited to about 1,500 hectares of vineyards. “Even if all those vineyards were fire-damaged - and they are not - it would only be about 1% of Australia’s total vineyard area,” says Andreas Clark, CEO of Wine Australia.

But fires aren’t the only risk to Australia’s wine production. Higgins believes the ongoing drought is of greater concern after the country experienced its driest November on record.

“This year’s vintages will be more likely affected by the difficulty in accessing water, or its high cost for producers.”