Aldi UK & Ireland claims it is now a carbon-neutral business 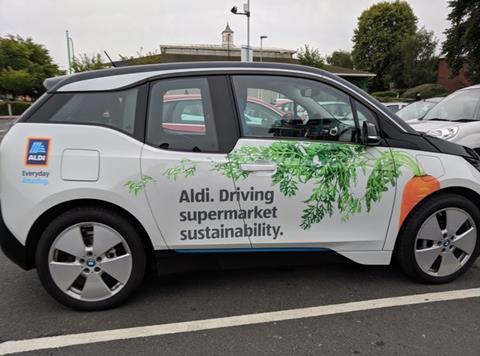 Aldi has also been supporting forest conservation projects around the world

Aldi UK & Ireland is claiming to have become a carbon-neutral business, honouring a commitment made in August last year.

The discounter said today that a range of steps, including investing £20m in environmentally-friendly refrigeration systems to be installed across all new stores, would offset the equivalent of 160,000 tonnes of CO2 emissions this year.

It said the business had cut greenhouse gas emissions per square-metre of sales floor space by 53% since 2012.

Read more: M&S to roll out energy-saving tech for its fridges

The supermarket also credited its carbon neutrality to supporting environmental projects around the world, including a forest conservation programme in Peru’s Madre de Dios region.

An Aldi-backed project providing safe drinking water in India reduced the need for boiling over an open fire, which helped tackle deforestation for firewood, a spokesman added.

“We are proud to now be a carbon-neutral business in the UK and Ireland,” said corporate responsibility MD Fritz Walleczek. “However, this is only the start of our journey, as we will continually review our operations and look to reduce emissions wherever possible for many years to come.”