Antibiotic use in fruit juice sector is futile and damaging 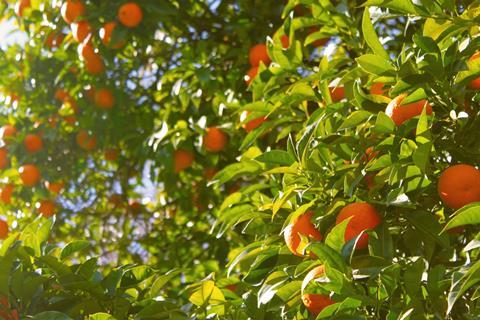 As a desperate answer to citrus greening, orange growers in Florida are spraying their trees with antibiotics used in human medicine

Fruit juice has a deceptively healthy reputation. Calorie for calorie, according to Dr Robert Lustig, it is worse for you than fizzy drinks. Yet it is a staple in institutional catering and domestic ‘healthy breakfasts’.

I suppose that the description ‘Florida’ on such juice is supposed to be a selling point, but recent agricultural news from that region has really made my hair stand on end. The US Environmental Protection (sic) Agency is allowing farmers there to spray their trees with hundreds of thousands of kilograms of two common broad spectrum antibiotics used in human medicine – oxytetracycline and streptomycin – as routine treatments, several times per year, beginning with the ‘first flush’ of spring leaves.

Growers in the state could end up using as much as 440,000kg of the drugs. It’s their desperate answer to citrus greening, a bacterial disease that has been killing Florida citrus trees for years. The region’s citrus grove monoculture appears to be another example of intensive crop production that simply isn’t sustainable because of the burden of disease it builds up. I think back to Roman Polanski’s 1974 film Chinatown, where private eye Jake Gittes stumbles on illegal diverting of water from Californian orange groves. Like almonds, citrus monocultures habitually raise the same sinister issues of drought and disease.

More from Joanna Blythman: The ‘Eat them to defeat them’ ad teaches children vegetables are a menace

Have we been so fixated on the profligate and unnecessary use of vital, life-saving antibiotics in intensive livestock farming that we haven’t really clocked what’s happening in horticulture? The reckless risk-taking presents the same problem whether it comes from a chicken producer or a grapefruit grower. It causes the emergence of antibiotic-resistant bacteria and spurs resistance in pathogens that threaten human health. Net result? When we’re fighting some nasty bacterial infection in hospital, the drugs don’t work.

This blanket antibiotic treatment of fruit trees is neither proven to be safe in terms of its ramifications for human health, nor even effective in eliminating the problem. No studies have been submitted to the EPA on whether this use could lead to greater resistance. A compendium of 48 field trials shows no significant differences between antibiotic-treated and untreated groves in terms of how much fruit they yielded.

I don’t drink packaged orange juice, from Florida or elsewhere, but this really is the ultimate turn-off.