Can Coke's vision for a viable DRS catch on in the UK? 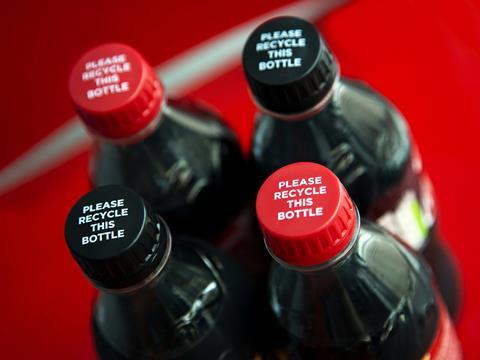 It’s a year since Coca-Cola European Partners (CCEP) first unwrapped its dedicated Sustainable Packaging Strategy for Great Britain, which was driven by a “bold new ambition” to collect all of its packaging, making sure none ends up as litter and more is recycled.

The strategy was based on three key commitments: to continue to innovate to ensure its packaging was as sustainable as possible; to invest in communications to promote recycling and behaviour change; and to champion UK recycling system reform.

The latter commitment recognised that “even when you are using the right packaging formats and consumers want to do the right thing, you have got to have an effective and efficient collection system,” says CCEP’s head of sustainability Nick Brown. 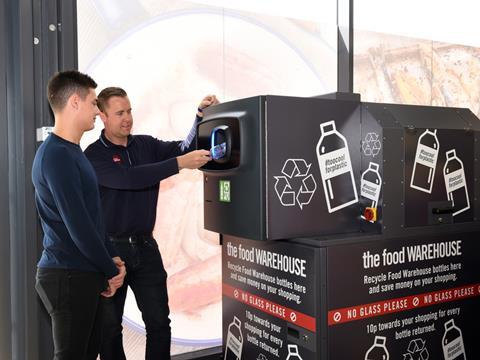 A number of voluntary deposit return schemes have been launched this year, typically rewarding customers in vouchers or coupons to the value of 10p.

Iceland became the first supermarket to install reverse vending machines in its stores this May. It began with a six-month trial at its Fulham store, before announcing in June it would be expanding the trial by installing machines at stores in Wolverhampton, Musselburgh and Mold.

The Co-op had unveiled its own reverse vending machine trial a week before Iceland’s original announcement, but chose to install its machines across four major music festivals.

Morrisons became the latest retailer to launch a DRS trial this month, installing machines in its Skipton and Lindsayfield stores.

Morrisons has also joined a coalition including Asda and M&S, set to roll out reverse vending reward machines in Leeds as part of the #LeedsByExample trial, launching in September, which will see new recycling facilities introduced alongside a marketing push.

Which is why the soft drinks giant, whose u-turn on deposit return schemes in February last year was hailed as a turning point in the UK’s war on plastic waste, has spent the past 12 months speaking to suppliers, customers, the plastics industry and recyclers - as well as analysing schemes Coke is involved with elsewhere in the world - to create a blueprint for success.

It published its vision for a “well-designed” DRS, which included a total of 11 principles, last week. So what does CCEP think is crucial for a successful scheme in the UK?

Ease of recycling and a sensible deposit level: One of the key barriers to improving plastic recovery rates in the UK is ongoing customer confusion over “what packaging can be recycled and how,” says Brown. A DRS can help take away this confusion by making it very clear what to do with beverage packaging, with some Nordic countries that have already adopted schemes achieving recovery rates of 80%-90% compared with the UK’s estimated 60%-70%. However, the DRS must also make it easy for shoppers to recycle. “The DRS with the best recovery rates are typically ones where the return points are in retail outlets,” says Brown.

Schemes must also provide a good financial incentive for consumers, and shouldn’t be so high that shoppers are put off from buying soft drinks. “When setting the level of the deposit you need to make sure it’s high enough to drive the behaviour change we want to see, but not so high that it drives unintended consequences,” says Brown.

Fraud control: Setting the right level of deposit will also discourage attempts to defraud the scheme by returning bottles that are not eligible. “The amount of the deposit, combined with the cost of getting around any security measures, will influence how attractive any attempt to defraud the system will be,” claimed the Scottish government’s recent DRS consultation. Other steps to prevent fraud could include specific bar codes and markings on packs that are part of the scheme, as well as good security measures on return points, says Brown. “You also have to look at the way the scheme is administered to make sure it isn’t open to abuse from misreporting or data fraud,” he adds.

A common approach covering the whole of GB: To reap the potential benefit of reducing shopper consumer confusion, it is “really important to have a single scheme everyone knows and understands”, says Brown. “The industry needs to understand the opportunity from supporting a well-designed single scheme”, he adds.

There have been signs the UK’s devolved governments are not fully on board with a single system - with Scotland’s DRS consultation noting the benefits of a UK-wide initiative should be balanced against “ensuring that the benefits for Scotland of any scheme are maximised”.

However, Brown says CCEP was “encouraged” by the fact English, Welsh and Scottish ministers and officials from Northern Ireland met earlier this month to discuss a co-ordinated approach.

However, it’s also important some of the fund is used to pay retailers for services they provide, for example in provision of DRS machines. “In the best schemes, the retailers running the return points will receive a handling fee,” Brown says.

Legislation that works for all retailers: All parties can be united behind a single scheme by “well-crafted” legislation, argues Brown. The legislation shouldn’t go “too far” but should establish clear targets as well as setting out roles and responsibilities and the materials in scope, he says. That way, it can “ensure no party can gain some sort of advantage by exempting themselves or being outside the scheme”.

However, the scheme must also be flexible enough to cater for the different sizes and capabilities of retailers across the UK. With this in mind, CCEP suggests collection points should be voluntary for small stores and those with sensitive hygiene or security requirements.

A broader strategy: A DRS won’t single-handedly solve Britain’s plastic waste problem. CCEP has also been arguing for changes to the current producer responsibility scheme, which has the potential to provide better support for on-the-go recycling, through DRS machines on streets rather than in stores.

“It’s really important we have an overall waste and recycling strategy in the UK, which means all packaging materials are well managed,” he adds. “The DRS and producer responsibility scheme need to complement each other.”

With the UK government set to publish its consultation on a DRS later this year, CCEP plans to continue its discussions across the supply chain and encourage the whole industry to get involved in developing a scheme that will work. “We have a once in a lifetime opportunity to design a scheme that is fit for purpose for beverage manufacturing for many years to come,” says Brown. “We want to make sure we grasp that opportunity.”