4
How much of an impact can paper packaging make in fmcg? 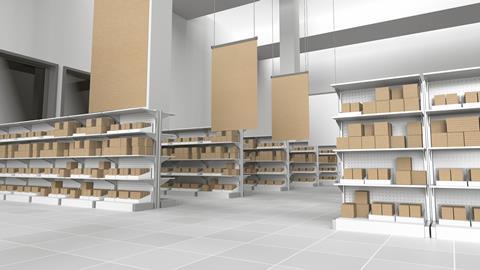 How much of an impact can paper packaging make in fmcg?

Advances in technology are behind increasing use of paper packaging, even for liquids. With consumers broadly in favour, could paper put paid to plastic?

What’s green, often brown and soon to be seen all over? The answer could be paper packaging, thanks to a slew of paper-based prototypes on trial from both fmcg giants and challenger brands. With deodorant, vodka and chocolate now contained within pulp-made materials, it seems there is nothing in grocery without the potential to be paper-packaged.

So what is driving this switch from plastic? Is paper really as environmentally friendly as brands make out? And is it as good at keeping products fresh and standing out on shelf?

The rationale for moving to paper is clear. Consumers are more aware than ever of the pain plastic is causing the planet, and are demanding brands take action. “On the whole, consumers – particularly millennials and gen Z – expect brands to continue to improve their sustainability credentials and are more inclined to interact with the ones that do this,” says Chelsey Wroe, head of sustainability at Heineken UK. Pressure is also mounting from retailers, who have made their own commitments.

Regulation also looms, in the UK and beyond. Extended producer responsibility (EPR), set to come into force in 2023, will see those who create packaging essentially pay the costs associated with its disposal. The government consultation estimates it will cost producers in the region of £2.7bn in its first year. There have been further proposals for a new tax on plastic materials with less than 30% of recycled material. The European Green Deal states all packaging should be reusable or recyclable in an economically viable way by 2030.

In this context, several fmcg giants have pledged their packaging will be recyclable, reusable or compostable within the next few years. Paper has fast emerged as a cost-effective way to make this happen. Across Europe, paper and cardboard packaging is recycled more than any other material.

“Paper recycling is much more advanced in terms of infrastructure,” says Valeeva. “And if it does end up somewhere, it’s ultimately biodegradable, it won’t last for 100 years.”

The material has public support, too. In a Pro Carton survey of 7,000 consumers across Europe, four out of five respondents said they would rather buy a product in paper-based packaging than plastic. Less than 10% of those surveyed preferred a plastic option.

“Consumers expect brands to continue to improve their sustainability credentials”

“End consumers perceive the material as kinder to the environment, and know how to dispose of paper correctly, making it possible to manage and collect far more material than other alternatives,” says Thomas Kahl, EcoSolutions project manager at Mondi Group.

There is the issue of where the paper comes from, of course. “Chopping down ever more decades-old trees that are sequestering huge amounts of carbon doesn’t sound good,” points out Andrew Capper, co-founder of brand innovation and design agency Echo. But most of the recent paper packaging launches are either fully or partly made from sustainably sourced pulp or wood fibres.

So the main limitations lie in the material itself. It is less effective than plastic at keeping products fresh and safe. Linda Ellett, KPMG’s UK head of consumer markets, leisure and retail, points out paper is “less durable, not easily stacked, suffers moisture damage, and has a larger transportation footprint”.

That’s why Kimberly Carey Coffin, global technical director at Lloyd’s Register, believes managing consumer expectations is vital. “There is an expectation around shelf life and, if paper packaging is to be more widely implemented, consumers need to understand what this means in terms of product freshness, handling and integrity,” she says.

Her points are illustrated by Kellogg’s trials of paper Pringles tubes, which carry a shorter shelf life. The ability to maintain product integrity will be a key factor to consider before any wider rollout.

The challengers blazing a trail on paper packaging 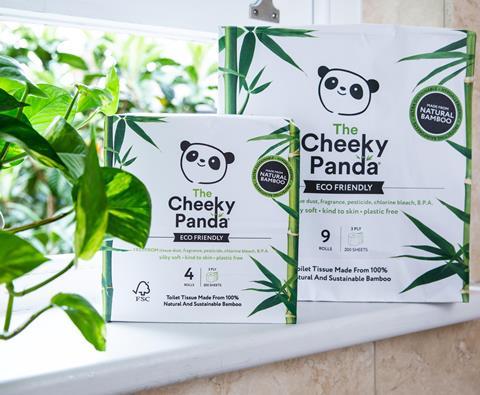 “Paper is more expensive, less versatile and more prone to damaged goods,” says Chris Forbes, co-founder of the bamboo product brand that packages much of its range in paper.

That’s the downside. But The Cheeky Panda has had “a very low percentage of damaged goods” since moving to paper packaging on selected toilet roll packs and kitchen roll.

“So if manufacturers are using the right quality of paper then there shouldn’t be any issues,” says Forbes. 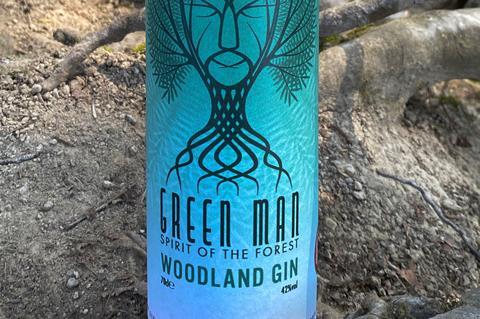 It was no mean feat. “High-proof alcohol has a habit of attacking glue and finding even the smallest of leaks,” says MD Ian McCulloch. “Spirits tend to be high-cost items and a consumer proxy for cost and quality is often weight – so paper packaging runs counter to that perception.

“But producers need to take consumers on a journey to change perceptions of quality and to start to replace traditional values with sustainability, savings in fuel costs for shipping, recycling and the less shiny packaging that paper tends to create.” 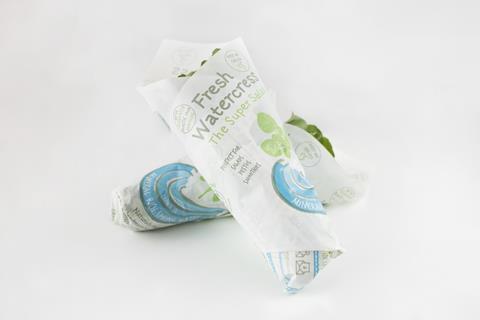 Taking inspiration from the bunches commonly sold during the Victorian era, The Watercress Company has re-introduced fresh watercress bunches, forgoing plastic for sustainable paper made in the Lake District.

The paper is lightly coated in biodegradable plant wax to make it waterproof and the wrap is suitable for home composting.

“We decided the inspiration for the future could be in the past,” MD Tom Amery tells The Grocer.

As Mark Dodds, chair of the Chartered Institute of Marketing’s food, drink and agriculture sector interest group, puts it: “Whilst it’s good for businesses to be looking at paper, if the products degrade or spill during transport or usage, the PR teams will be busy managing the – literal – fallout.”

Indeed, plastic would be a “far greener option” than paper if it was widely and as easily recycled , says Ellett, who worries “the sector has “slipped into a black-and-white view” of paper versus plastic.

Another potential pitfall of paper is the limitations on design. A cursory glance at paper packaging NPD shows a sea of dull brown.

“As brands jump into the paper trend, they need to remember it’s not enough to stand up on the issue of sustainability; they need to stand out too, with packs that consumers want,” says Jack Holloway, industrial design lead at Landor & Fitch. “Brands will struggle to differentiate if we move to a world of ubiquitous brown cardboard bottles.”

So paper does not spell the death of plastic. “There is too much posturing around specific materials,” says Andrew Grimbaldeston, commercial director at Colpac. “All materials have positive and negative aspects, but these are not being properly balanced.”

It’s a point reiterated by Henry Eastick, CSR manager at Ragus Sugars, who points out plastic has many attributes. “For example, with our syrups, paper would not be adequate material as it would absorb the moisture, leaving the end product unfit for purpose.”

“Brands will struggle to differentiate if we move to a world of ubiquitous brown cardboard bottles.”

Increasingly though, as innovation in the field accelerates, paper will find more robust use cases where it can compete with plastic.

L’Oréal, for example, says it was able to “assure the same protection of products with paper-based packaging” in its recently launched Garnier Organic cosmetic tubes.

It could extend to some of the most plastic-heavy sectors, such as soft drinks. Coca-Cola is trialling a “first-generation prototype” paper bottle in Hungary. While it uses a recyclable plastic lining and cap, the aim “is to remove the lining and produce a bottle that’s 100% recyclable as paper”, says Nick Brown, head of sustainability at CCEP.

That’s why Tony Hitchin, general manager at Pro Carton, believes any limitations will be temporary. “In some cases paper will keep food fresher than plastic,” he says.

So expect paper to quickly tear up what we thought was possible in packaging.

Read more: Six of the best paper packaging innovations in food and drink