How Nestlé is blazing the trail of sustainability initiatives – and transparency 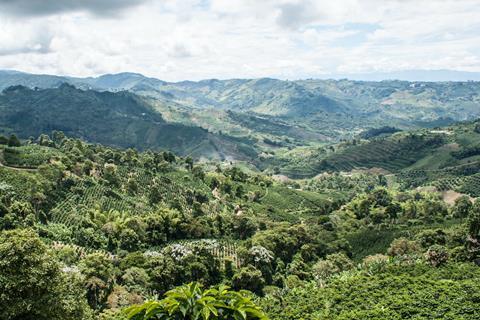 Nestlé has committed to becoming fully deforestation-free by 2025, whilst ensuring all its palm oil, cocoa and coffee will be sustainably sourced

Nestlé has laid down the gauntlet to other fmcg companies with regards to its climate commitments. Some may remember past enivronmental, social and corporate governance (ESG) indiscretions, but Nestlé has cleaned up its act. Under CEO Mark Schneider’s leadership, it is rapidly becoming an ESG leader, driving real change and setting a new climate benchmark for the industry. Schneider said in December: “We [Nestlé] have a unique opportunity to address climate change, as we operate in nearly every country in the world and have the size, scale and reach to make a difference.”

What the company is committing to is nothing short of a full rewiring of its operations, supply chain, and the way it buys and sells. Very few parts of its business will be untouched by these initiatives. In the past 10 years it has reduced its greenhouse gas (GHG) emissions by one third, 40% of its factories are using renewable electricity and two-thirds of its plastic packaging is either recyclable or reusable.

However, the plan now is to go much further and faster. What is new is the level of granularity and transparency. It has laid out the exact climate footprint across its entire business and has specific 2030 objectives for each of its big carbon buckets. This goes further than we have seen for any other big fmcg company. Whilst other companies have committed to net zero by 2050, Nestlé has set two interim priorities of reducing emissions by 20% by 2025, by 50% by 2030 and ultimately to move to net zero by 2050. Crucially, these targets will be certified annually by independent third parties.

To put some numbers around the scale of the challenge: at a group level, Nestlé emitted 113m tonnes of CO2 in 2018, of which 92m tonnes is in scope. Without any intervention, Nestlé is forecasting a 50% increase by 2030, but their climate plan calls for a whopping 50% reduction from the 2018 base line. However, when we dig one level deeper, what is surprising is that more than 70% of its total emissions come upstream from buying raw materials and ingredients, and the two biggest emitters are dairy/livestock and soil/forests – 34% and 25% of total emissions, respectively.

Given its footprint, regenerative agriculture is at the heart of Nestlé’s climate strategy. It is planning to spend CHF1.2bn to deliver on an ambitious target of 50% of its key ingredients being sourced from regenerative agriculture by 2030. What this means in practice is partnering with more than 500,000 farmers and 150,000 suppliers. At the same time, it has committed to becoming fully deforestation-free by 2025, whilst ensuring all its palm oil, cocoa and coffee will be sustainably sourced.

What is really striking is the eye-watering amount of money all of this will cost. Nestlé has committed to spending CHF5bn on its climate strategy out to 2025, which it has said will be funded by higher operational and structural efficiencies. To put this figure into context, it represents one third of its group operating profit. Schneider has been clear the upfront costs will be more expensive, but will start to go the other way after 2025. What is really happening is that, absent of government push or regulation, Nestlé is standing up and willing to pay a premium in areas such as food grade recycled plastics and regenerative agricultural produce. This will change the incentives and drive faster adoption of low and no-carbon technologies. It has, for example, set up a sustainable packaging venture fund that will back start-ups and entrepreneurs who have the vision to try something new.

The sobering thought for competitors is that if a company with Nestle’s resources is struggling to neutralise the spiralling climate costs, what does it say about other fmcg companies without the same resources? If Nestlé can deliver, we think it will gain a competitive advantage in terms of consumer preference for its brands, but it will also reduce the risk of the company being hit by carbon taxes, which we think are inevitable down the road. The rest of the industry would be well advised to take a close look at the granularity of Nestlé’s net zero roadmap to see where the new bar has been set.