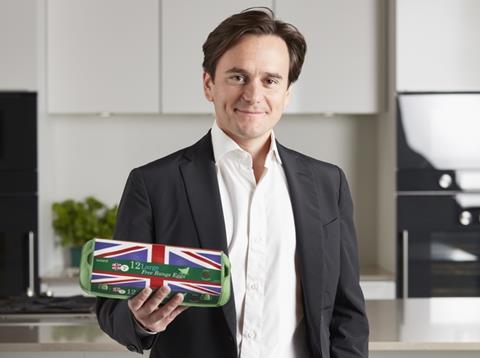 Iceland has scrapped 5p plastic carrier bags in all stores, instead offering 10p bags for life.

Iceland stopped offering single-use 5p bags on Monday (8 October) in a move it says will save 1,600 tonnes of plastic a year.

It’s part of a raft of measures which put Iceland on course to have cut plastic use by 3,000 tonnes in 2018, the supermarket said. That’s 1,000 tonnes more than the figure provided by Iceland in a similar update on plastic waste last month.

The move to scrap 5p plastic bags follows a three-month trial in selected stores of alternative paper bags, which is continuing.

In January, the retailer committed to removing plastic from all own-label packaging by 2023.

By the end of the year the supermarket also expects to have eliminated plastic from its egg packaging, replacing it with boxes made from paper pulp.

“We are leaving no stone unturned when searching for ways to reduce our plastic footprint across our own-label packaging and in our stores, and continue to make strong progress in making significant reductions,” said Iceland MD Richard Walker.

“We are working hard behind the scenes to fulfil our ambitious commitment to remove plastic from all own-label packaging by 2023 and continue to consult with our supply chain, staff and customers to find innovative, user-friendly solutions.”

Waitrose also announced it was removing single-use plastic bags from its stores in September, replaced by 10p resusable one. The measure is to be extended across Waitrose’s store estate by March 2019.