Leeds on-the-go recycling trial to be expanded across UK 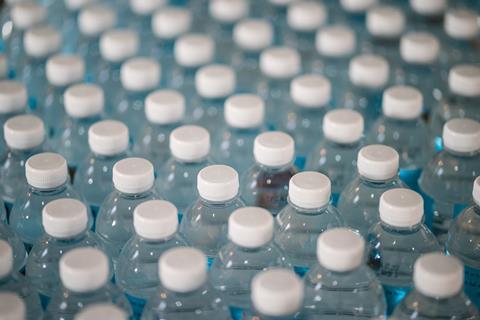 A major trial of ways to tackle plastic pollution by revamping on-the-go recycling facilities, backed by suppliers and retailers, is to be expanded across two more cities.

The Leeds By Example project, billed as the UK’s biggest collaborative drive to boost recycling of some of the most common food and drink packaging consumed on the go, is to be followed by launches in Edinburgh and Swansea, with plans to extend to 10 cities next year.

The Leeds scheme would also continue for a further six months in Leeds city centre, said environmental charity Hubbub, which is spearheading the scheme.

It announced the six-month trial in Leeds had doubled the number of people recycling plastic, cans and coffee cups. It confirmed the scheme had recycled 600,000 cups in less than six months.

Leeds by Example was launched in October 2018 by Hubbub and eco firm Ecosurety, and has included trials of new recycling facilities and rewards schemes, in a bid to create a model for “closed loop” recycling in two centres.

It is backed by companies including Asda, Coca-Cola GB, The Co-op, Lucozade Ribena Suntory , M&S and Morrisons

“The success of Leeds By Example shows what can be achieved when partners work together to share expertise, grab public attention and change behaviour,” said Gavin Ellis, co-founder and director of Hubbub.

“Lack of infrastructure and unclear messaging is a major barrier to recycling in the UK, and results from our trial have shown the importance of new recycling bins supported by a clear, concise call to action.”

“We’re thrilled with the campaign’s success so far and it’s the start of a wider ambition - to create a legacy for Leeds and a tried and tested replicable model for other cities to follow. We’re already looking forward to rolling out the campaign to Edinburgh and Swansea in September and we encourage other cities to get in touch about the possibility of launching in their area in 2020.”.