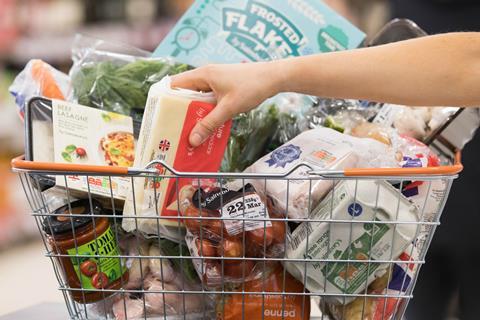 The supermarket said it was “disappointed” Greenpeace had ”not checked their facts”.

Sainsbury’s has blasted a Greenpeace study which ranked it the worst supermarket for levels of plastic waste.

Analysis by Greenpeace using publicly available plastic reduction figures from 10 supermarkets found Sainsbury’s had made the least progress from January last year to March this year, cutting just 77 tonnes of plastic. But Sainsbury’s said it plans to reduce its plastic use by more than 2,400 tonnes in the next 12 months alone.

The supermarket said it met with Greenpeace last week to discuss its findings, adding it was “disappointed they had not checked their facts”.

The environmental organisation has launched a campaign to persuade Sainsbury’s to set annual plastic reduction targets, starting by eliminating unnecessary and unrecyclable plastic by 2020.

The average reduction among the retailers was 2,217 tonnes.

Read more: Packaging power list: the 10 most powerful people in fmcg leading the war on plastic

Greenpeace also analysed the number of units of plastics cut by each supermarket. It found Marks & Spencer and Co-op both reduced their output by more than 500 million units, whereas Sainsbury’s did not publish any information on its unit numbers.

Aldi, meanwhile, cut 80 million while fellow discounter Lidl managed 72 million, and Tesco decreased its number of units by just one million, compared to 186.6 million from Waitrose.

Greenpeace has also launched a petition to push the supermarkets to ditch single-use plastic packaging altogether, which has been signed by over 981,000 people.

“Sainsbury’s knows that plastics pollute our oceans and harm wildlife, they know that customers care about cutting plastic, and they know their competitors have outdone them on plastics reduction measures. But they remain worst in class,” said Greenpeace UK ocean plastics manager Elena Polisano. “If supermarkets fail to cut their plastic packaging, they’re sending pollution on a conveyor belt that could end up in our rivers and seas. Sainsbury’s must eliminate unnecessary and unrecyclable plastic by 2020.”