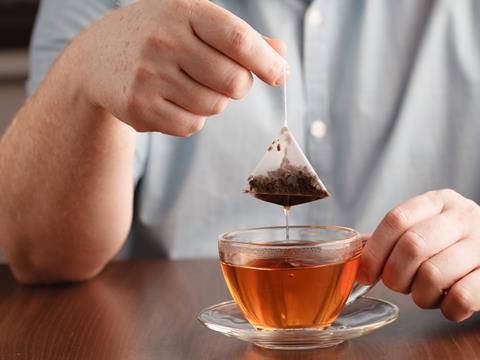 Tea bags use small amounts of polypropylene - a plastic - to seal

The Co-op this week pledged to develop a standard mainstream plastic-free teabag and challenged rivals to follow suit - but the tea industry remains split over whether such bags will become common-place or whether shoppers will be prepared to pay for it.

Tea bags use small amounts of polypropylene - a plastic - to seal the paper bags so the tea does not spill out.

The society will start testing a solution next month, initially on its own-brand ‘99’ tea. Through a tie-up with its tea supplier Typhoo and Ahlstron-Munksjö, a specialist in sustainable fibre solutions, a method of heat-sealing bags has been developed.

The tea bags could be on shelves later this year with a view to rollout across its entire own-label standard tea range.

The Co-op sells 4.6 million boxes of tea a year - equivalent to 367 million tea bags. It estimates its move could save nine tonnes of plastic every year from being dumped into household rubbish and compost collections.

“It is a trade-off between costly technological advances and keeping the price competitive,” he said, as retail tea prices had hardly moved in 10 years. “Any significant price increase in the cost of tea bags will be passed on to consumers and negatively affect volumes,” he added.

“If we are buying less tea it has a negative effect on farmers in some of the poorest parts of the world.”

The higher cost of producing plastic-free tea bags will be prohibitive to shoppers, added Traidcraft CEO Robin Roth. “At Traidcraft we appreciate how difficult it is to get consumers to convert from ‘being concerned about something’ to actually changing the way they live,” he explained.

“There have been lots of ‘improvements’ to teabag design in an attempt to remove the plastic element, but these just raise other problems, whether it’s the addition of metal staples, or mineral oil contamination from printed labels. These stapled bags tend to come sealed in non-recyclable envelopes, too, so they are laden with their own sustainability issues.”

However, Pukka Herbs sustainability and environmental manager Vicky Murray said Pukka was “a case study in conservation through commerce”.

“We are growing at 30% year on year and have never and will continue not to use plastic in our teabags, showing that consumers are prepared to pay for quality products from companies with ethical and sustainable values.”