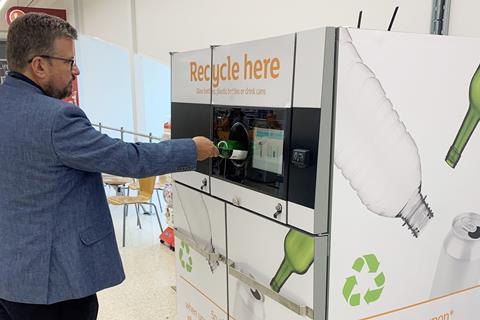 Drinks industry bosses have warned the rollout of a deposit return scheme is facing further delays unless the Treasury backs down on plans to charge VAT on bottle deposits.

Circularity Scotland, the appointed scheme administrator representing a raft of major drinks companies and retailers, has employed accountants Deloitte to fight a ruling by the HMRC that the tax, due to launch in Scotland next July.

In March, The Grocer revealed industry leaders were warning the government DRS could be “killed at birth” by Chancellor Rishi Sunak, with retailers and suppliers facing a “double whammy” of VAT on top of the new deposits.

However, sources said there were so far no signs of the government backing down.

This week the British Soft Drinks Association warned the standoff was delaying the preparations for the rollout of DRS, which are already subject to a review about a possible delay well beyond the proposed July 2024 start date.

“The BSDA – along with the wider UK drinks industry and retail sector – believes that DRS deposits should not be subject to VAT and neither should the deposit be ‘hidden’ within the product price,” said a BSDA spokesman.

“Making DRS deposits subject to VAT could mean price increases for consumers and more cashflow impacts for retailers, wholesalers and producers. Such an unprecedented move would also harm the funding and viability of the DRS, sabotaging the goal of reducing litter and increasing recycling.

“Despite assurances from the UK government that the issue would be rectified, HMRC is yet to confirm this to industry. As a result, preparations for Scotland’s DRS are being held up. To reiterate, we fail to see the logic in taxing consumers for doing the right thing and therefore we strongly urge HMRC to confirm the VAT-exempt status of deposits within the Scottish DRS and make clear that the same will apply for the UK government’s own DRS plans.”

Meanwhile, the Scottish government confirmed a review to decide whether DRS should be put back because of the “unique and significant pressure” facing the industry because of the pandemic would not be completed until at least the end of the summer.

DRS in England is due to be rolled out by the end of 2024 but sources said the latest delays made that even more unlikely.