Will Brexit resurrect the dirty man of Europe? 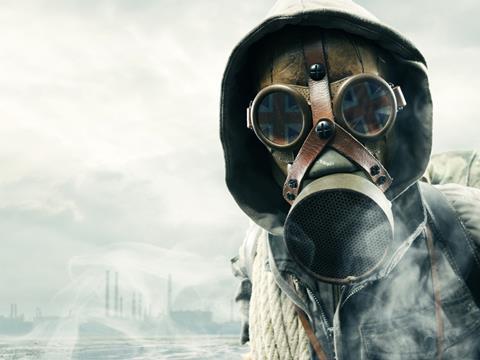 Weeks before the shock referendum result a Commons environmental audit committee inquiry said it could not find a single witness who made an environmental case for quitting the EU. Membership, it said, had turned Britain from the “dirty man of Europe” in the 1980s to a leader in tackling air quality, climate change and food waste. So is Brexit really the nightmare scenario some environmentalists fear and how will it affect food and drink? The Grocer answers the key questions.

Will ripping up EU red tape make businesses greener? Defra SoS Andrea Leadsom pledges to take her chainsaw to the long list of EU directives that she says have forced UK farmers to pay £642m in fines since 2005 - sometimes for as little as having a kink in a hedgerow that breaks regulations.

Food minister George Eustice has also promised Brexit will mean the UK can do away with “bonkers” and “spirit crushing” EU red tape, while And it’s not just ministers in the Brexit camp who have been pushing for the shackles to be unleashed. The NFU and a number of waste and energy companies argue EU regulatory burdens have been applied too stringently, with UK regulators running scared of EU litigation from Brussels, they say.

But the NFU admits the 2020 climate and energy framework “set an international example”, while the 2009 Renewable Energy Directive and its legally binding renewable energy targets has seen significant growth in renewables deployment.

And most experts believe regulations have improved the UK’s approach to the environment, and the green agenda would be much further behind without them. “Many witnesses implied that if the UK were free to set its own environmental standards, it would set them at a less stringent level than has been imposed by the EU,” concludes the environmental audit committee.


What EU policies could be scrapped? The new look government plans to axe several impositions on farmers including the controversial Birds and Habitats Directive, which the NFU claims has led to economic damage to farmers, but also harm to other animal species because of its inflexibility.

Next on the hit list could be the equally controversial Nitrates Directive, which the NFU claims has cost UK agriculture up to £7m a year since 2008 under what it claims is a “prescriptive and inflexible” system requiring member states to designate Nitrate Vulnerable Zones (NVZs), where the drinking water standard of 50mg/litre nitrate is or is likely to be exceeded.


What will be the fallout from culling the common agricultural policy? The FDF warns withdrawing from the CAP, which represents almost 40% of the EU budget and the biggest element of the UK’s EU costs, will have a “drastic” impact on farmers, as the government and devolved administrations will be unlikely to match current levels of subsidy. But it concedes it could also bring wider benefits to the economy as a whole, with the UK free to negotiate bilateral trade deals and more flexibility on pricing. As for the environmental impact, the 2013 “greening” measures brought in by the EU mean green payments account for 30% of EU countries’ direct payment budgets. These include money towards diversifying crops, maintaining grassland and improving ecological environments.

Chancellor Philip Hammond has committed to continue CAP payments until 2020. And farming minister George Eustice has promised a £2bn dividend for the environment and improving sustainable agricultural practices out of the money the government expects to recoup from reductions in payments to Brussels.

But Friends of the Earth campaigner Kiera Box is dubious over the future. “Some elements of the CAP continue to incentivise large, environmentally destructive methods of farming at the expense of nature, biodiversity and sustainable food production.

“But post-2020, farmers could be faced with anything from an American-style insurance system, protecting products from risks like flooding, but offering no incentives to improve efficiency or protect the local environment, to a system of payments linked to growing crops that mitigate climate change.”


What will Brexit mean for climate change? In one of her first major acts as PM, Theresa May abolished the Department for Energy and Climate Change and merged its responsibilities into the new Department for Business, Energy and Industrial Strategy - proof some say of her government’s anti-green agenda. The government is also under pressure from campaigners to ratify the Paris climate change deal, which has already been backed by the likes of the US and China. Yet both food industry and environmental experts point out that the UK, until recently at least, has been seen as a prime mover in climate change policies. The European Commission’s Third Energy Package and the 2015 Framework for Energy Union are two examples of EU measures but the UK government also has its own legally binding climate change targets through the Climate Change Act 2008. It has also launched its own carbon reduction schemes, such as the climate change levy and CRC Energy Efficiency Scheme.

However, the FDF warns Brexit will dilute the UK’s power to influence international climate targets under the UN Conference on Climate Change.

“Currently the UK negotiates as part of the EU bloc and has internally set targets that together with those of other member states aims to meet the EU’s overall target,” a spokesman says. “Withdrawal from the EU will see that switch to a UK-specific target under UNFCCC. It was also widely recognised in the government’s competency review that negotiating as part of an EU bloc was beneficial as it had more influence at an international level than if individual member states acted alone.” Environment audit committee chair Mary Creagh, agrees. “Inside the EU we can influence and improve EU environmental law. Our voice at the Paris climate change conference was louder because we were part of a club of 28 countries.”

What will the economic impact of Brexit be on green investment? Daniel Calleja Crespo, director general of environment for the European Commission, estimates the UK has benefited from €500m (£422m) in EU “projects and environmental innovation” funds in recent years.Consulting group Anthesis claims the benefit to UK research funding is in the region of a net €3.5bn (£3bn), with access to EU finances through schemes such as the European Structural and Investment Funds (ESIF), which provide EU member states with financial assistance to deliver the EU2020 strategy of smart, sustainable and inclusive growth.

In just one example, in February Scotland’s First Minister, Nicola Sturgeon, announced the country had received £30m from the European Regional Development Fund, to enable Scottish companies to move towards a more circular economy.

But it’s not just government bodies and quangos that have benefited from reaping in this EU investment.

Losing this funding could be a significant blow to the growth in green business. In a report sponsored by Friends of the Earth, Dr Charlotte Burns of the environment department at the University of York, says the EU’s environmental agenda has been driving business growth, pointing to CBI stats that show green businesses accounted for 8% of GDP and a third of UK growth in 2011-12, and could add a further £20bn to the UK economy.


What will the impact be on food waste charities? In 2015/16, Wrap received £1.4m in grants from EU programmes. Although this was down on the previous year’s £2.7m, it still makes up more than 5% of its total funding. Just this week Wrap announced that a scheme to transform food waste reduction initiatives in London, intended to act as a test bed for programmes across Europe, had been powered by a €3.2m grant from the European Commission.

Its grant income from Defra was also slashed this year (down from £19.6m to £14.8m) and Wrap has long been trying to diversify its funding base as minsters go cold on public spending on food waste projects. However, just as important for the charity, which is spearheading projects such as the Courtauld 2025 agreement, is the political fallout from Brexit. As it seeks to increasingly move its work into Europe and globally, the reaction of foreign governments and NGOs will be vital to its future.

Tristram Stuart, founder of the food waste charity Feedback, is “devastated by Brexit because of what it says about our society,” but “it doesn’t have to be a saster for food waste,” he insists. “I think we will find ways and this is a global issue.”

Lindsay Boswell, CEO of FareShare is not so sure. “Our fear is that the UK does not lose the opportunity to learn from the lead of countries like France that do food redistribution at so much greater scale than us.

“If the UK put its mind to it we could be so much more effective and efficient than the rest of Europe but we do need to have the self-confidence to recognise there are lessons to be learnt and policies to be copied from within the EU. We must not adopt the dogma that EU equals bad. In some areas the opposite is true.”


Will the UK “do a Norway”? Some experts predict the UK will eventually sign up to a trade deal in exchange for access to the all-important single market - the so-called Norway Model. But when it comes to environmental policy extrication from the EU is going to be a minefield whatever happens. “Regulations, which do not exist in UK law, but are automatically applied in all EU countries, will not persist post-Brexit unless they are either transitioned into UK law, which is a massive task, ” says Craig Simmons, chief technical adviser at Anthesis.

Many of these directly affect the food and drink industry, says FDF chief scientific officer Helen Munday. “There are numerous EU environmental and energy policies that impact food and drink manufacturers such as the EU Emissions Trading Scheme, the F-gas Regulations for refrigerants and the Circular Economy Package, which in turn are intimately entwined with domestic policy,” she says. “Reviewing this wider policy landscape and understanding future options is going to be a complex and lengthy process.” Amidst so much uncertainty, that’s just about the only thing everyone can agree on.