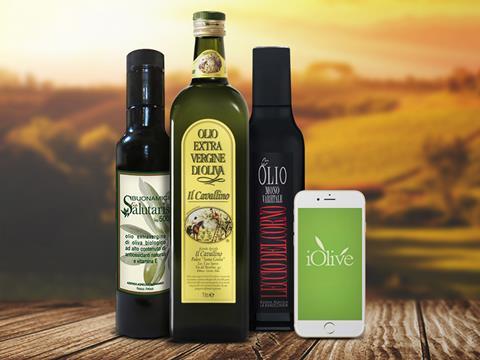 The olive oil sector is looking to contactless technology to get a handle on its rampant food fraud problem and reassure consumers the oil they buy is authentic.

Olive oil fraud is estimated by investigators and industry analysts to cost producers as much as $16bn (£13bn) a year.

This week, Oslo’s Thin Film Electronics launched a partnership with iOlive, an app that works with the International Olive Council to capture product information and evaluations by professional tasters. The two parties aim to allay shopper fears about bogus oil by using NFC SpeedTap, a small, thin, flexible tag that is integrated with a product’s label or seal, and can be read with one tap of a smartphone.

It is being adopted by artisanal brands including Buonamici, La Ranocchiaia, SPO and Il Cavallino, which operate out of Tuscany. Some experts suggest as much as 80% of olive oil claiming to be from Tuscany is, in fact, bogus, putting pressure on legitimate brands to prove their credentials.

A tap of the tag offers authentication messaging to the shopper and analytics to the manufacturer. If a bottle is reused and tapped again, a red flag warning is raised. When included in a seal, SpeedTap can detect when a bottle has been opened. Information is relayed instantaneously - and that speed was key to engaging consumers, said Erwan Le Roy of Thinfilm. “If it takes more than one second, it’s taking too long.”

The nano-etched tag was not fraud-proof but was much harder to clone than other NFC tags and was vastly superior to QR codes, he claimed.

However, the tech was unlikely to come to the UK, at least not until it was affordable, said Lisa Mullins, marketing manager at Filippo Berio. Costing from €0.20 (16p) per unit, it was too expensive to be used by mass-market brands.