Tesco squares up to CCE as it pulls Schweppes lines 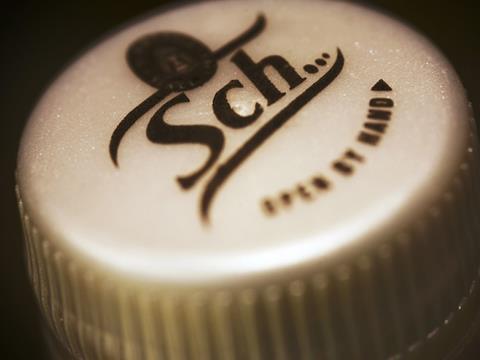 Tesco has fallen out with Coca-Cola Enterprises, pulling 25 soft drinks lines from its shelves - mainly Schweppes mixers - over price hikes.

The Grocer has learnt that the dispute has arisen out of annual negotiations, with Tesco seemingly unwilling to meet Coke’s request for higher prices.

With supply suspended in stores and online, stocks started running out two weeks ago. Customers took to Twitter to ask Tesco and Coke what was going on.

A spokesman for Tesco told The Grocer: “Due to a supply issue, we have had to temporarily adjust some of our soft drinks ranges. We continue to work in close collaboration with our suppliers, to provide our customers with the best products, the greatest value and fantastic availability.”

Tesco is thought to have rejected Coke’s request for price increases because of falling commodity prices, the current tough trading conditions for fizzy drinks, and CCE’s own performance.

Key costs for soft drinks producers such as PET bottles, transport and sugar costs have all been falling, as have sales of carbonates.

At the same time, Tesco is determined to be more competitive on price. Even before new CEO Dave Lewis signalled a new focus on ‘front margin’ negotiation, Tesco buyers had been calling for suppliers to cut prices as commodity costs fell.

Tesco’s efforts intensified in December, with The Grocer revealing that the retailer had written to suppliers to inform them it was investigating the impact of falling commodity prices in a bid to secure better deals and cut prices in store.

Negotiations expert David Sables, CEO of Sentinel Management Consultants, said Tesco will have focused on Schweppes lines rather than core Coca-Cola SKUs to minimise its own pain while still making a point. “Tesco will be using its Dunnhumby data to work out what will hurt it least. It won’t want to lose out in all this,” he said.

This week, there were major gaps in stores in the lemonade and tonic fixtures. There was extra visibility for Tesco own-label lines and rival brand Fever-Tree.

Fever-Tree CEO Charles Rolls said he did not know why Schweppes lines were not on shelf but admitted sales of his brand had been boosted during the period.

“By the time many shoppers get to the tonic fixture they are generally sleepwalking,” he said. “Many of them haven’t noticed us before but a lot of them will now.”

CCE said: “We do not comment about our customers.”

CCE is not the first major supplier to get involved in a potentially costly trading dispute with Tesco.

In fact, while smaller suppliers are commonly thought to be most under pressure from buyers, it is invariably the big boys who are subjected to the toughest negotiation, says expert David Sables - because retailers have more to gain from improved terms.

Previous disputes include Tesco stripping out a quarter of all Premier Foods products for four months in 2011. An investigation by The Grocer led to Premier issuing a profits warning, revealing the row had cost it £10m. In October 2013, we also reported Tesco was no longer stocking about 75 lines owned by Princes in a disagreement over invoice negotiations.