85% of Tesco soft drinks lineup exempt from the sugar levy 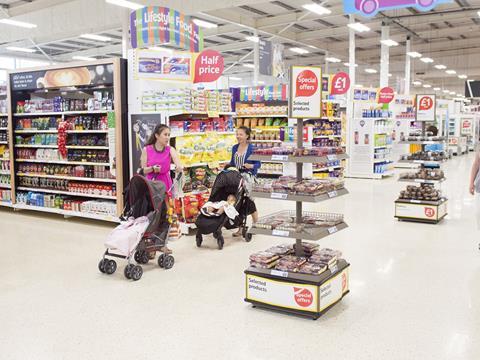 Tesco has revealed 85% of its soft drinks lineup will escape the government’s sugar levy when it is introduced next week.

Its own-label lineup has undergone a major reformulation and there’s been a switch to more sugar-free and reduced sugar branded SKUs.

The supermarket is planning an in-store PoS marketing campaign directing customers to products exempt from the tax when it comes in next Friday.

Tesco began a major reformulation of its own-label range in 2011, after becoming the first retailer to come out in support of the campaign by Action on Sugar.

Earlier this month exclusive research for The Grocer by Brand View showed supermarkets and suppliers had slashed sugar levels in carbonates and energy drinks by more than 15% to escape the looming tax. Tesco also came top this month in a ranking of major supermarkets for their online offerings of low-sugar fizzy drinks.

Tesco’s soft drinks buyer Phil Banks said: “We’ve made lots of changes to make it easier for our customers to make healthier choices.”