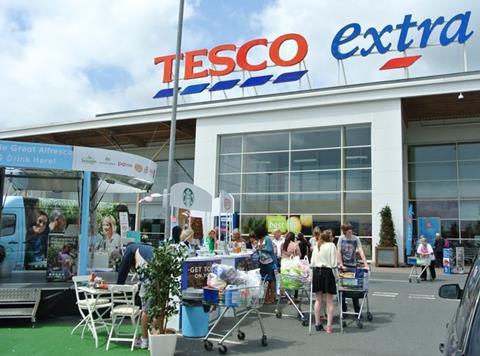 Can Tesco take on the big German discounters with their own discount brand?

Tesco is reported to be planning a new discount chain in an attempt to hit back at the success of Aldi and Lidl.

The supermarket is said to be developing a separate brand that would match the German discounters on price and offer a much more limited range than a normal Tesco store.

Tesco has reportedly hired advisors from Boston Consulting Group to work on the plans. It is believed to have asked key own-label suppliers to sign non-disclosure agreements before contributing to the project.

Here is how analysts and other experts reacted to the idea:

Bruno Monteyne, senior analyst, Bernstein
“A discount banner economically makes sense, allowing Tesco to segment the market. Since the latter days of Phillip Clarke’s tenure as CEO we have consistently argued that new formats should be introduced to segment the proposition. Economically it makes no sense that an identical box of cornflakes sells for the same price in a deprived area (where rents and wages are low and the competition is hard discount) as in an upmarket area (where rent and wages are higher and where the competition is Waitrose and Marks & Spencer).

”This is a proven strategy by Loblaw in Canada. Loblaw has kept its stronghold on the market operating a similar model with different formats suiting the local areas and competition. In the UK, format segmentation is likely to be more important, given the national pricing restrictions.

”We would expect the banner to initially be made up from converting excess space in less affluent areas: Metros, One Stops and supermarkets. This helps Tesco to deal with its excess space problem.

Nick Bubb, independent retail analyst:
“Given how big Aldi and Lidl are now in the UK, news that Tesco is hatching a discount grocery chain plan of its own seems very late in the day. The obvious comparison is with the failure of the recent Sainsbury’s jv with Netto, as the key issue is how to scale such a business quickly, to achieve critical mass in marketing and physical presence. It is possible that the One Stop chain could be converted into a ‘Victor Value’ chain by Tesco, but the most likely catalyst is the impending merger with Booker and the potential to create something new out of the various convenience store chains and sites that they will control.”


Bryan Roberts, insights director at TCC Global
“There were rumours that Tesco was planning something like this two or three years ago, and while Tesco undoubtedly has the buying power and expertise to make it work, recent history suggests these moves tend to fail in the UK. Discounters work in a fundamentally different way, and it can be hard to change the store management’s philosophy.”


Clive Black, analyst, Shore Capital:
“To do it in a way that is complementary to the core business so that people don’t ask the question ‘this is exactly the same product, why can’t it be cheaper at the Tesco store?’ is a big issue. To be meaningful to Tesco, it needs to be major and having a small number of limited range discount stores isn’t going to make much difference to the business.”