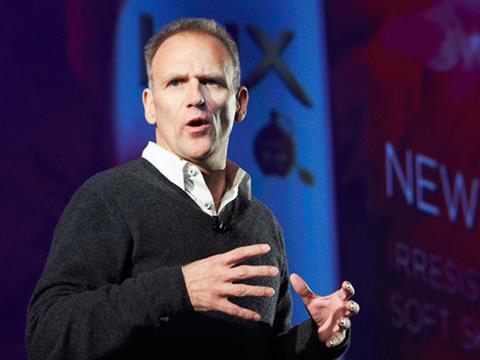 New Tesco boss Dave Lewis today sent a rallying message to staff after taking up the post a month earlier than expected, vowing to return the brand to being “the customers’ champion again”.

In a letter posted on the Tesco staff Yammer site Lewis promised Tesco would show a “relentless focus on customers and a preparedness to challenge ourselves”.

“In our DNA we have always been the customers’ champion and we will be again,” he said, adding: “The most important thing is that we all focus on being on the top of our game, we need to keep it simple and customer focused.”

Lewis told staff he wanted them to email their ideas about how to restore the business to its former glory. “I will always communicate openly and transparently with you and I’d like to encourage the same from you in return,” he said.

“Over a 40-year career in Tesco he has been a key figure in making Tesco the business it is today, and in his time as chief executive he has steered the business through the toughest conditions the sector has ever experienced,” he said. “I would like to also thank him personally for the very professional way he has managed, and continues to manage, the transition.”

Lewis began work today after Tesco posted a profit warning on Friday and revealed a £400m cut in its capital expenditure, including sweeping cuts in IT and a rethink of its £1bn store turnaround programme.

Do you work for Tesco? What do you think Dave Lewis should do first? Let us now here or in the comments below.