Tesco to speed up store makeovers as it readies price cuts 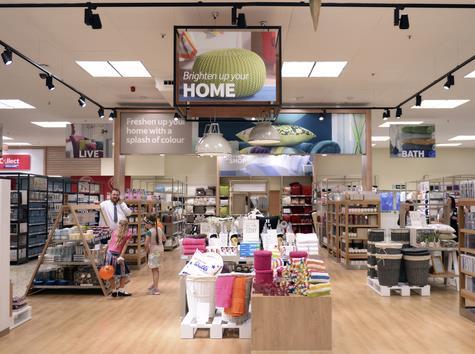 Tesco will speed up its refresh of big stores such as Watford, above

Tesco is set to accelerate its store refresh programme, amid concerns that it has been too slow to take off.

It will also launch a drive to invest in “sharper prices”, with the retailer widely expected to sacrifice its industry-leading profit margin of 5.2%.

Tesco will set out more details on changes to its UK strategy at an investors’ meeting later today, with speculation mounting it will launch new lower prices for a range of key food products.

Tesco has already reduced the prices of certain products, including carrots (1kg down from £1 to 80p), and cucumbers (down from 65p to 49p), and has advertised the changes in a new campaign with the strapline “down and staying down”.

The retailer last launched a major price initiative in September 2011, with the £500m Big Price Drop. However, the strategy was widely seen as a failure and then UK chief executive Richard Brasher, who spearheaded it, was later one of several high-profile casualties at the retailer.

In a statement today, the retailer stressed the strategy would continue its emphasis on “improved quality, stronger ranges and better service”.

Tesco also said it would bring about a “significant reduction in planned net new space growth”, with group capital expenditure set to be capped at no more than £2.5bn per year for at least the next three financial years.

“Reflecting its strategic priorities, the Group’s capital expenditure will be even more focused on online and convenience growth and on an accelerated refresh programme for its larger stores,” Tesco said.

“Tesco will reiterate its strategic priorities of continuing to invest in its strong UK business, establishing multichannel leadership and pursuing disciplined international growth,” the retailer said.

“The seminar will primarily focus on the long-term strategy for the UK business, including how the capabilities Tesco has built up over many decades position it well for the future, and how it is accelerating its efforts to deliver the most compelling offer for customers in the new, multichannel era of retailing.”

There has been speculation Tesco could expand a trial of a scheme in Norwich and Wales offering Clubcard users discounts on their fuel. Other reports have suggested it will launch a digital version of Clubcard.