Abuse against Co-op staff rockets by almost 40% this year 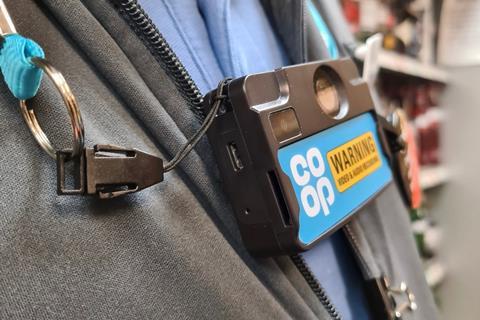 A quarter of Co-op shopworkers have suffered violence, abuse or anti-social behaviour so far in 2020, a jump of 39% on last year.

The shocking findings come as part of a major survey of staff and shoppers to mark Usdaw’s Respect For Shopworkers Week.

The Co-op also found that one in five customers admit to having been aggressive or abusive towards a shopworker between January and October this year – despite 90% of shoppers agreeing that retail workers have provided an essential service during the Covid pandemic.

The vast majority of shoppers (84%) said it was unacceptable for shopworkers to put up with any form of violence or abuse and 82% called for greater sentencing for offenders.

The retailer said it was seeing on average 730 incidents a day of abuse, violence or anti-social behaviour directed against its staff.

When asked why they had acted in this way, 22% of people who admitted being aggressive put it down to frustrations caused by panic buying while 18% said it was other customers not maintaining social distancing.

Over 70% of those who admitted to having lashed out were between 16 and 34 years of age.

The survey also found that 37% of shoppers have witnessed abuse, threatening behaviour or violent acts directed at shopworkers since March, with 26% saying they had stepped in to defend staff.

The Co-op, which last week won The Grocer Gold Award for business initiative of the year for its plan to tackle shopworker abuse, is continuing to lobby the government to provide greater protection for retail workers by putting longer sentencing for in place offenders.

“It’s encouraging that most people recognise the essential role that shopworkers have played over recent months and that a third of people have relied on local shops more than ever throughout lockdown – but one in five people being aggressive or abusive is still one too many and store staff deserve better,” said Co-op retail CEO Jo Whitfield.

“Being on the receiving end of sustained, daily verbal abuse has a terrible impact on retail workers’ mental health, not to mention the catastrophic effects that physical violence will have.

“Everybody understands how challenging 2020 has been but our message remains clear – enough is enough, abuse and violence against shopworkers should not be tolerated in today’s society and we will do everything in our power to ensure the government puts greater legal protection in place so they can feel safer when they go into work.”

Alex Norris MP, whose Assaults on Retail Workers Bill is due to get its second hearing in Parliament next year, said: “During the Covid-19 outbreak we have seen an increased prevalence of abuse and violence towards shopworkers, but these unacceptable acts are something that retail employees have to contend with regularly, simply for doing their jobs.

“I believe if we ask employees to enforce the law, they should be better protected. Covid has stopped my important Bill to protect these workers. But the government can act anyway and should do.”

“However, three-quarters of retail staff tell us that abuse, threats and assaults have become worse during the pandemic. The public, shopworkers and retail employers are calling on government to legislate for stiffer penalties for those who assault the shop workers.

“We urge government to now offer more than sympathy and, support the Alex Norris Bill. In the meantime, we ask the public to sign our petition to secure a debate in the House of Commons.”