Asda comes in nearly a tenner cheaper than nearest rival 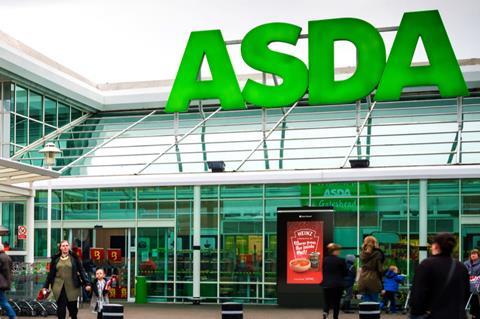 Asda has created a clear gap on price to the rest of the big four - picking up its seventh straight Grocer 33 pricing win this week and coming in almost a tenner cheaper than its rivals. The trouble is it’s failing to translate into sales.

Lapping its strong recovery in 2018 and in the absence of the World Cup and summer heatwave, it reported a 0.3% fall in like-for-like sales for the first six months of the year last week. (There was a stronger performance in Q2, though this was boosted by the late Easter.)

You can’t fault Asda for effort though: at £57.98, Asda’s shop was £9.20 cheaper than this week’s runner-up, Sainsbury’s, offering the lowest price for 25 lines, 13 exclusively cheapest, with the biggest difference on the Bacardi as an offer price of £13 instead of £16.50 meant Asda was selling the rum £2 cheaper than Sainsbury’s and Tesco, and £3 cheaper than Morrisons.

Sainsbury’s, which emerged as the best performer from the big four according to the latest Kantar grocery market share data, had the lowest price for eight lines and was exclusively cheapest for the chicken thigh fillets and salad tomatoes.

Tesco was just 37p more expensive than Sainsbury’s, but at £67.55 it was £9.57 more than Asda. It was cheapest for 10 items but only exclusively so on the Bahlsen Choco Leibniz biscuits.

Morrisons was exclusively cheapest for the aubergine, olive oil and podded peas, and along with Waitrose had the most offers (10) this week (Asda had seven, Tesco five and Sainsbury’s just three). However, it still came in more than £10 more expensive than Asda at £68.74.

Waitrose came in £15.79 more expensive than Asda at £73.77. The upmarket grocer offered the lowest price for just four lines, none of which were exclusively cheapest.