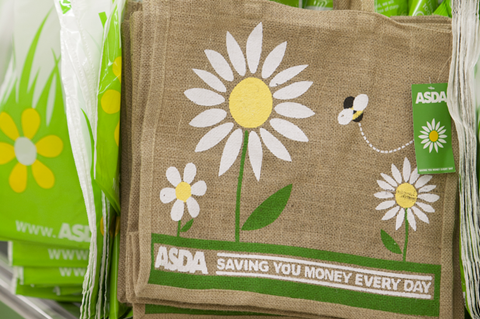 Asda took a seventh straight win as it came tops in our special vegan-themed Grocer 33 pricing survey. At £59.17, the Walmart-owned retailer was £3.11 cheaper than Sainsbury’s, which took its second consecutive runner-up spot.

Asda offered the lowest price for 21 items, seven exclusively so. Four were fresh lines - the Albert Bartlett potatoes, flat mushrooms, blueberries and sugar snap peas. However, the biggest difference for Asda was the Buckwud maple syrup. A rollback from £5.48 to £4.50 meant Asda was £1.50 cheaper than the other four retailers.

Asda had the most promotional activity, with eight deals. Morrisons and Sainsbury’s had seven each, while Tesco had five offers and Waitrose just four.

Sainsbury’s offered the lowest price for 11 lines, though its only exclusively cheapest line was the salad tomatoes. It did undercut Asda on the Herbal Essences conditioner and Red Bull thanks to deep discounts. It was charging £3 and £3.50 for these respectively compared with £5 and £4.49 at Asda.

Morrisons had the same deals on the conditioner and energy drink as Sainsbury’s. In total it offered the lowest price for 11 lines and was exclusively cheapest for the aubergine and Organix raisins. At £63.15, Morrisons came in £3.98 more expensive than Asda.

Fourth-placed Tesco was £4.80 more expensive than Asda at £63.97. It was cheapest on 13 lines and exclusively so on four: the Alpro oat milk, cauliflower, cucumber and Whole Earth peanut butter.

Waitrose was £7.73 more expensive than Asda at £66.90. It was, however, considerably closer to the rest of the pack than it has been in recent weeks. It was cheapest for five lines this week and exclusively so on the Ben & Jerry’s ice cream and Hellmann’s mayo. Both vegan, of course.