Asda takes the win as retailers adjust to the new normal 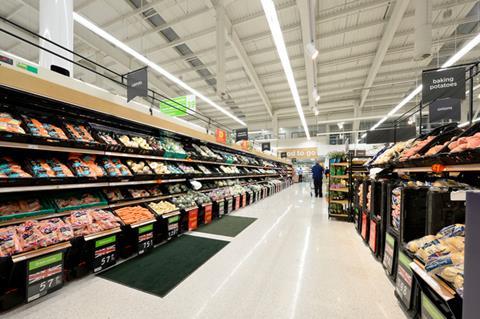 As grocery stores settled into our new normal, it was Asda that emerged victorious in terms of price.

This was Asda’s fourth consecutive Grocer 33 pricing win, and a convincing one at that.

At £80.71, the Walmart-owned retailer came in £8.73 cheaper than this week’s runner-up Sainsbury’s. Asda offered the lowest price for 25 items, 15 of which were exclusively cheapest.

Promotions played a key role in Asda’s success this week. It had 13 products on deal compared to six at Morrisons, five at Sainsbury’s and Tesco and just one at Waitrose.

The coronavirus outbreak has resulted in the retailers abandoning most of their multibuy deals in a bid to manage availability, and this week there were only seven multibuys between all five retailers.

Of Asda’s offers, 11 were price-only deals and these included deep discounts on the Anchor spread, Colgate toothpaste, Kraken rum and Cadbury Easter egg.

Sainsbury’s offered the lowest price for six items and was exclusively cheapest for the Birds Eye chicken pies and the chicken legs.

Third-placed Morrisons was just a further 13p more expensive than Sainsbury’s at £89.57. It offered the lowest price for 11 lines and was exclusively cheapest on four. These were the Andrex toilet tissue, Birds Eye peas, Hovis loaf and the plums. However it was £4 more expensive than Asda on the bottle of rum.

Waitrose was even further off the pace. At £108.44 it was £27.73 more expensive than Asda. A tenner of this was the Easter egg and rum, but there were significant price gaps on products throughout our list.