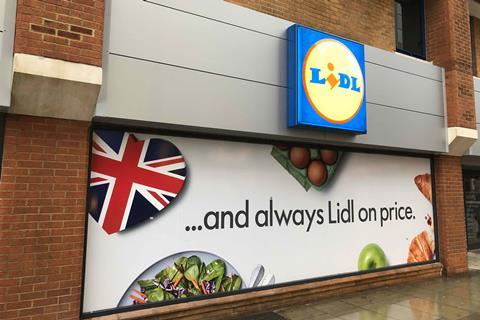 A guest discounter has claimed a Grocer 33 pricing victory for the second week running as Lidl picked up where Aldi left off last time round.

Lidl dominated this week by offering the lowest price on 26 items, with 21 exclusively cheaper than any of its leading supermarket rivals. Of these, six were branded lines, including the Heinz ketchup and Ariel gel. The remaining 15 were made up of fresh produce and own-brand products.

Its £50.64 total was £7.62 cheaper than runner-up Asda. This made it 13.1% cheaper than the Leeds-based supermarket and was a bigger winning margin than the 12.5% notched up by Aldi last week.

Asda offered the lowest price for seven products and was exclusively cheapest for three. These were the strawberries and the jam as well as the Linda McCartney’s sausages.

At £60.39, third-placed Morrisons was £9.75 more expensive than Lidl, a difference of 16.1%. It offered the lowest price for five lines and was exclusively cheapest for the potatoes.

Sainsbury’s was 18.2% more expensive than Lidl at £61.90. It didn’t offer any exclusively cheapest items and only matched the lowest price for four products.

Upmarket retailer Waitrose did not offer the lowest price for any items this week. At £71.96, it was £21.32 more expensive than Lidl, making it 29.6% dearer than the discounter.