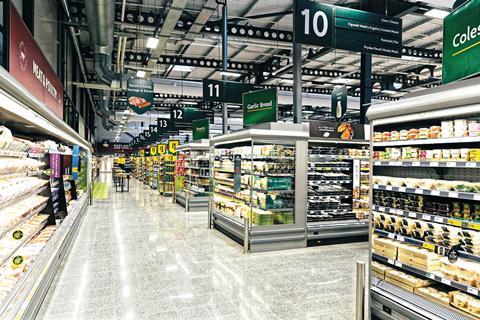 Morrisons has been close to Asda in the past couple of weeks in our price comparison and this time out it managed to topple its fellow Yorkshire-based rival.

At £58.17 Morrisons came in £1.30 cheaper than Asda, to claim its seventh pricing win of the current Grocer 33 year and its first since early April.

Asda, which had bagged five wins in a row before this week, offered the lowest price for 21 products and was exclusively cheapest for 14. Of these, only three were branded lines – the Arla dairy drink, Cathedral City cheese slices and Princes corned beef, with the rest made up of either fresh produce or own brand lines.

Sainsbury’s took third spot this week. At £62.29 it was £4.12 more expensive than Morrisons. It offered the lowest price for seven products and was exclusively cheapest for two – the Quavers and natural yoghurt.

The only exclusively cheapest item at Tesco was the pack of bananas, while it matched the lowest price for seven others.

Tesco and Morrisons each had 10 deals this week. Waitrose had seven and Asda and Sainsbury’s five each.

Waitrose came in £12.73 more expensive than Morrisons at £70.90. It didn’t offer any exclusively cheapest products. It also only matched the lowest price for one item – the own-brand flapjack cake bars.