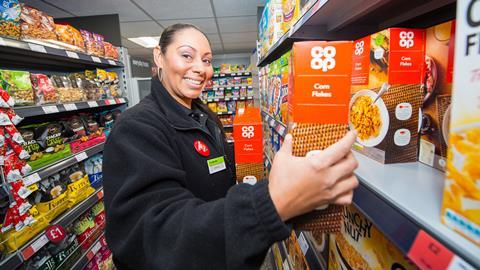 Abuse against shopworkers has risen this year. How can we allow this for our ‘local heroes’?

So far this year the Co-op has seen an average of 730 incidents a day of abuse, violence or antisocial behaviour directed against their staff.

This was one of a host of truly shocking and ultimately depressing findings from a survey of staff and customers published today, to mark Usdaw’s Respect For Shopworkers Week.

Of course this has been a year like no other and people up and down the country have faced incredible challenges. But this 39% increase in levels of abuse comes when the vast majority of people when asked would agree supermarket and convenience store workers have been nothing short of heroic this year – putting themselves at increased risk of catching the virus in order to ensure the nation was fed.

The other figure that jumps out is the 20% of Co-op shoppers who owned up to having been aggressive or abusive towards a shopworker between January and October this year. Fair play to them for their honesty, I suppose, but what was interesting was the two biggest reasons they cited for their behaviour: frustrations created by panic buying early on in the crisis and other customers failing to maintain social distancing.

Thankfully, while there has been the occasional spike in demand sparked by various government restrictions, we have not as yet seen a return to the stockpiling and panic buying behaviour of March.

However, Christmas is coming and that will put more pressure on the whole supply chain and, critically, retailers as they juggle trying to anticipate demand for an unprecedented festive season and managing customer numbers safely through their stores.

It may be billed as a time of ‘peace on earth and goodwill to all men’, but we all know Christmas shopping can be a fairly tense and fraught experience.

The Co-op, Usdaw and all retailers have done a great job this year in bringing the issue of abuse against retail staff to the fore. I for one have high hopes for Alex Norris MP’s Assaults on Retail Workers Bill, which is due to get its second hearing in parliament next year.

However, I would also urge the government to find time in one of its Downing Street briefings over the next few weeks to remind the public of the great job retail staff have done this year and urge them to behave with kindness and consideration. That really would be spreading the right kind of Christmas message.