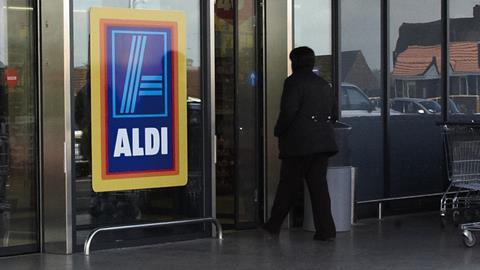 Aldi no doubt earned some brownie points with Brits yesterday as it vowed not to sell chlorinated chicken or hormone-treated beef after Brexit. So too did Waitrose, which paved the way with its commitment on food standards last month.

Arguably, these pledges are little more than a PR stunt. Why? Because they are simply not enforceable. No supermarket can realistically guarantee that chlorinated chicken and hormone-treated beef will not end up on their shelves in any product.

For fresh products, yes. For private label, pretty much. But for the branded manufactured goods they stock, no.

Aldi UK CEO Giles Hurley said: “We are a signatory to the NFU Back British Farming Charter and our entire core range of fresh meat and milk is from Red Tractor-approved farms in the UK. We will never compromise on the standards or specifications of our products, and that includes a commitment to never selling chlorinated chicken or hormone-injected beef.”

Aldi confirmed the commitment applied to all goods in its store including all manufactured and pet foods. The majority of their stock falls under own-label, and therefore the discounter is certainly in a better position than most to make the pledge. It’s undoubtedly a strong and positive commitment, but it’s enforcement will be tough.

Waitrose’s exec director James Bailey, meanwhile, pledged the supermarket would “never sell any Waitrose product that does not meet our own high standards”.

Which suggests the commitment might only apply to private-label products. It also wasn’t clear whether the pledge covers pet food – where supply chains are notoriously opaque. Let’s face it, if chlorinated chicken enters your kitchen cupboards in the next few years, there’s a good chance it’s going to be in the dog bowl.

Still, that’s not to say the pledges are not worthwhile. Those leading the fight against lowering imported food standards such as the NFU, Compassion in World Farming, and Which? will greatly welcome the support of the major retailers as they continue lobbying the government to enshrine UK food standards in legislation.

Their efforts have so far borne little fruit. But the dynamic could shift with the backing of the supermarkets – who the public trust to keep them safe.

If they pledge not to sell imported food produced to lower standards, the public will undoubtedly question why the government has allowed it to come in the first place.

Waitrose’s pledge has even inspired a petition – which is calling on Tesco, Asda, Sainsbury’s Morrisons, Aldi, Co-op and Lidl to “commit to protecting the UK’s high food and animal welfare standards and thriving farming sector” in the event of a US trade deal.

If these supermarkets do all lend their sizeable weight to the battle against lower standard imports, it’s a battle the UK food sector might just win.