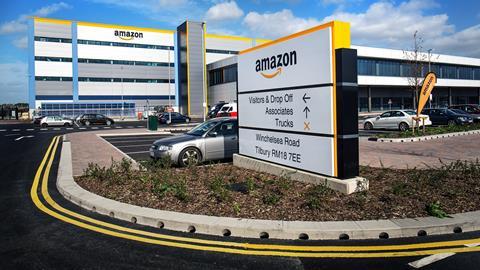 Amazon vs Visa: why no-one is clucking in this game of corporate chicken

Most commentators assumed the mega-corporate face-off between Amazon and Visa over the latter’s high credit card processing fees would long since be over by now. It appeared little more than a feather ruffling contest between two business heavyweights. A negotiating scuffle that had spilled out onto the street.

But with just days to go until UK-issued Visa credit cards are no longer accepted as payment on Amazon.co.uk, there is still no sign of a resolution.

Which means 27% of those preferring to pay via Visa credit card on Amazon (according to a OnePoll survey) will have to switch payment method as of next Wednesday.

With its obsession with smoothing the customer purchase journey, this isn’t something Amazon has done lightly. A third of Brits are seriously peeved with the e-commerce giant about the inconvenience, OnePoll found.

So what’s really going? And what happens next?

At the crux of the impasse is Visa’s cross-border interchange fees. Having long been inconsistent across Europe, in 2015 the EU’s European Interchange Fee Regulation set caps on transactions within the EU of 0.2% for debit cards and 0.3% for credit cards. Non-EU customers buying from EU businesses had a higher cap.

When the UK left the EU, the country retained the caps on domestic UK transactions but not the caps on interchange fees from Visa and Mastercard card transactions in which a customer is in the UK and a seller in the EU.

Soon after Brexit, cap-free, both Visa and Mastercard whacked up their fees (to 1.5% for credit cards). Reasonably, perhaps, with the figure being in line with other non-EU countries (so blame Brexit, they could argue).

That has hurt many retailers, not just Amazon. In the UK and the EEA, retailers now face an estimated £150m a year cost increase to accept cross-border card payments, with British retailers alone shouldering an extra £36.5m, or £100,000 a day, research by retail payments advisory firm CMSPI and the British Retail Consortium (BRC) found.

“Consumers and retailers on both sides of the Channel are on the hook for tens of millions in new card costs unless swift action is taken,” says BRC payments policy adviser Andrew Cregan.

Amazon’s decision to take a stand against such changes is undoubtedly a bold one. “For a global enterprise such as Amazon to take such a stance is unusual and highlights the scale of the issue,” says James Bay, customer service director at Sticpay.

The headline-grabbing action could well spur the Payment Systems Regulator to intervene, beyond merely grumbling that the “pricing behaviour poses real questions about how well this market is working”.

But is Amazon really the selfless champion of every retailer big and small doing overseas business?

There is another angle to their protestations, some cynics have argued. Why, for example, hasn’t it gone after Mastercard in the same way? It “seems odd” to single out Visa, said Global Data analyst Chris Dinga, “until you remember that Mastercard is Amazon’s credit card issuing partner” for its Platinum and Classic cards (and uses American Express for its Amazon Business UK cards).

Indeed, the e-commerce giant is working on its own financial ecosystem and becoming a bank of sorts. Kicking competitors (as it has also done by introduing Visa credit card surcharges for consumers recently in both Singapore and Australia) always helps.

And even if Visa does blink – although increasingly unlikely at this late stage – it would probably strike a special deal with Amazon, rather than reduce fees for all rival retailers.

Still, no matter its motivations, half of shoppers believe Amazon is right to “stand up to” Visa according to OnePoll.

So it comes down to a battle between the 50% who are supportive, and the 33% who are seriously peeved.

Clearly Visa stands to lose out on it’s 1.5% ’cut’ of transactions. But if enough of the 33% don’t switch cards to Mastercard or Amex, either because they can’t be bothered, or on their own point of principle, Amazon will lose 98.5% of those transactions made elsewhere.

Make no mistake. This is a high-stakes game of corporate chicken that everyone will want to watch.