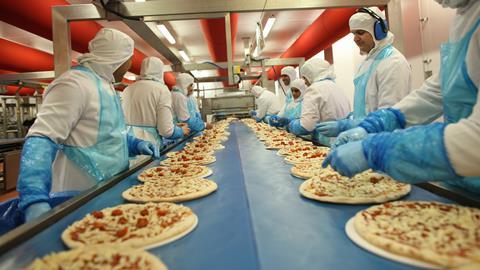 Former Talk Talk boss Dido Harding must have a permanent ringing in her ears by now, given the grilling she has had this week from the press and MPs over the UK’s coronavirus testing shambles.

This morning it was the turn of supermarket and supplier bosses to confront the NHS Test & Trace chief as she held a video call with industry leaders, trying to reassure them the government is in control of the pandemic, amid growing fears of the impact of a second wave.

She may be a former head of convenience at Sainsbury’s, but Harding turned to one of its rivals to explain how hard she had been working to get the testing system right.

NHS Test & Trace has, she explained, built an “operation the size of Tesco in nine months”.

Sadly that’s where the comparisons end.

Tesco, and the vast majority of the food and drink industry, have shown resilience and quick thinking through the crisis. This has helped keep food suppliers going, and actually many of them have flourished in the face of adversity. Meanwhile, the government has lurched from one crisis to another, one u-turn to the next: the shocking images of huge queues for tests (the ones that were meant to be world-leading) are just the latest spectacular example.

Despite the fiasco, Harding has already been named interim chair of the new National Institute for Health Protection, which from next March will be responsible for dealing with future pandemics. She is said to have stressed the food industry has so far escaped pretty lightly on the Covid front, with just a handful of factory closures, despite 180 outbreaks.

Well, sorry – that has little to do with the effectiveness of government planning for the pandemic, the speed of advice on worker safety and definitely not the efficiency of your testing programme.

Now, with the prospect of far wider local lockdowns on the cards – and even the doomsday scenario of a second national lockdown not being ruled out – the industry is desperate for the government to listen to its latest calls for action.

While clearly NHS workers and other frontline care staff must take priority, key food workers need to be prioritised if the government wants to keep the wheels rolling – and prevent another round of supermarket shortages.

Retailers and suppliers alike are also crying out for a more co-ordinated approach on local lockdowns, amid a suspicion that at the moment the government and local authorities are winging it, with a mish-mash of different approaches and little in the way of central leadership.

Next week sees another big test for Harding, with the much-delayed launch of a new test and trace app, following trials in Newham, which included a pilot in the Tate & Lyle sugar factory.

With a previous trial in the Isle of Wight never making it across the Solent, it has to be said that confidence this is going to be the game-changer once promised by health secretary Matt Hancock is low.

One source close to the trial says it was beleaguered by lack of sign-up and apathy from workers and members of the public who, rightly or wrongly, are far more worried about the economic impact of Covid than the threat posed to their health.

The source says many have said they have zero faith in the algorithm behind the app, even likening it to the A-levels algorithm.

Given that was another high-profile government disaster, it would be no surprise to see the new app, rather than soaring towards the moon, to use a Boris Johnson term, falling back to earth with a dull thud.

So let’s hope Harding and the government’s ministers are listening and learning from those in the industry who are less interested in soundbites and miracle solutions to the crisis, than practical actions on the ground.