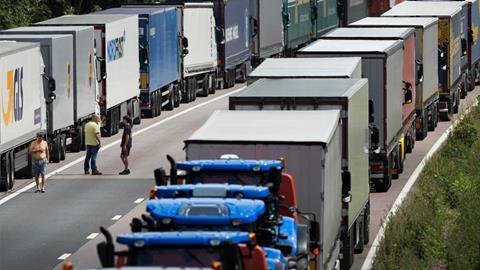 An EU deal may be close, but it makes little difference to preparation efforts

Could glimpses of an EU trade deal finally be starting to emerge? Possibly, according to the Sun, which reported today chief negotiator David Frost has told the Prime Minister a deal could emerge at the beginning of next week (white smoke could even start to leak by the weekend).

Such an outcome will of course be of great relief to food and drink businesses up and down the country, not least because it will likely avoid the worst of the tariffs on goods moving both in and out of the EU.

While supermarkets and suppliers have warned frequently of serious price hikes under a no-deal exit, the reality has not resonated with much of the public, who will still expect high-quality products at reasonable prices, according to a recent LSE study. A deal will allow companies to largely avoid shattering this illusion.

As ministers have noted in the Sun however, the deal on offer for the UK is only marginally better than no-deal. This has of course been apparent ever since the UK committed to leaving the customs union and the single market. It was always to be the case that customs and regulatory checks came in regardless of whether or a deal is reached, with consequential damage to trade.

The inevitable introduction of checks means in the short term at least, a deal makes little difference to the preparations required in the next 45 days. Yes, a deal could potentially ease checks on goods moving to Northern Ireland. And yes, it would mean more hauliers can continue to move freely between the UK and Europe. But in terms of exactly what businesses must do between now and 1 January, a deal changes little.

That is by no means to say a deal does not matter. A deal is surely essential if the UK is to secure any easements from Brussels on the red tape facing businesses exporting to Europe. While the CEO of Calais port told a select committee on Monday British lorry drivers will find it “so difficult” to enter the EU without the correct paperwork after Brexit they won’t ever do it again, many are still hoping for a ‘grace period’ that reduces controls on food and drink entering the Europe. A trusted trader scheme for supermarkets (and perhaps in the future for suppliers) is also still under discussion at the joint committee. These plans may very quickly evaporate amongst the hostility and rancour of a no-deal scenario.

A deal will also be essential in ensuring close co-operation in the future on issues like mutual recognition and standards, as well as keeping the door open to reducing non-tariff barriers over time. Many businesses are as prepared as they can be whatever the negotiations bring, but for the future prosperity of the industry, it is vital the UK’s dearest ally is kept close.