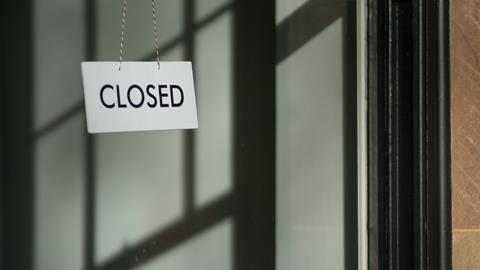 “The past is a foreign country; they do things differently there.” So begins LP Hartley’s 1953 novel ‘The Go-Between’. It’s an opening line that is – perhaps ironically – timeless.

Less so is the start of the UK’s Shops Act 1950, which declares: “Every shop shall be closed for the serving of customers not later than one o’clock in the afternoon on one week day [sic] in every week.”

The legislation, which actually dates back (in slightly different form) to the Shop Hours Act 1904, was axed in 1994. Nowadays, legally enforced half-day closing seems unthinkable for most younger shoppers. Indeed, some of The Grocer’s more fresh-faced journos were genuinely taken aback by the idea.

And now, the mults are taking aim at the equally antiquated Sunday trading laws. At the start of November, supermarket bosses renewed their requests for the government to lift restrictions on opening hours, The Grocer revealed. They claimed such a move could help reduce congestion and aid social distancing in the run-up to the festive period.

This week, Sky News reiterated the story. “Major grocers including J Sainsbury and Wm Morrison have been urging the government in recent weeks to enable thousands of their stores to open for more than six hours on Sundays in December,” it reported. The mults have warned that the Yuletide shopping rush “could put customers’ safety at risk during the Covid-19 pandemic”.

It’s a compelling argument – not only from a public health point of view, but also from an economic one. No one needs reminding that retailers of all stripes, especially the smaller ones, are in desperate need of extra business.

Sure, a lot of retail employees will object to more time at work on a weekend. That’s fine. The main purpose of trading hours laws has always been to protect shopworkers from excessive hours. That should remain the rules’ purpose – and staff should have the legal right to say no to additional Sunday hours (as they already do in Scotland).

Besides, there are a lot of other people who would likely jump at the chance of working until, say, 7pm on Sunday. According to The Times: “Unemployment hit fresh highs and redundancies rose at the fastest pace in more than a decade in the three months to September.”

So, there seems little reason for the government not to heed the mults’ cries. Extending Sunday hours is a no-brainer. And not just for the festive period, but for good.