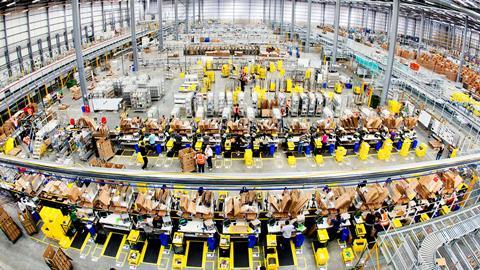 By most accounts, Amazon’s Prime Day – which this year runs for two days, ending at midnight tonight – has been a bit of a dud.

The e-commerce giant’s global sales event has reportedly boasted fewer blockbuster bargains, and discounts have been modest at best.

Other factors have dampened the event’s typically frenzied consumption. It’s been postponed again and again – it usually happens in summer – due to Covid. The date change moves it closer to November’s Black Friday and Cyber Monday, meaning many online shoppers might be tempted to hold out for better deals.

And let’s not forget that Prime Day has happened amid the perennial Amazon boycott calls from the likes of the British Independent Retailers Association and Ethical Consumer. These calls were even more pointed this year, given the pandemic-related struggles of local, high street retailers.

“Plus the pandemic is also expected to create a longer peak season for holiday shopping than in the past, meaning consumers won’t have as much concentrated spending on the sales days,” says Young Pham, chief strategy officer at digital consultancy CI&T. “While it’s almost inevitable Amazon Prime Day will do well, it’s unlikely that this will supersede what Amazon has been able to accomplish in the past.”

But even when Amazon appears to flop, it flies.

According to new figures from Mintel this week, four in ten Brits have some form of paid-for, delivery-related subscription. The vast majority of these are Amazon Prime members. And that’s something grocers should be concerned about.

Among the total population, Prime membership has risen from 23% penetration in 2018 to 31% this year. With around 21 million subscribers, Prime is undoubtedly the “absolute leader among the UK paid subscription schemes”, Mintel says.

How next-generation loyalty schemes could make a difference this Christmas

Those figures might be further boosted by tomorrow, given that shoppers need to become subscribers to access the Prime Day sales and ‘lightning deal’ promotions. The month’s free trial on offer is a barrier-free route to entry.

Supermarkets can boast their own loyalty schemes with competitive membership counts, of course. Tesco’s Clubcard and Sainsbury’s Nectar each have close to 20 million members. But they hardly compare. Discounts via points or perks may encourage bigger baskets and more frequent visits, but Prime gives members that and so much more: from free, fast fresh food delivery to video streaming services and ebooks. And consumers pay for the privilege.

When Amazon can get its act together in grocery – and it’s probably only a matter of time before it does – Prime’s mammoth membership base will prove a formidable weapon.

The mults are acting. Tesco last month introduced a new wave of price cuts across hundreds of brands, exclusively for Clubcard holders. It also last year introduced a paid-for subscription – Clubcard Plus – with added perks. Other supermarkets are boosting the number of ultra-personalised offers available to loyalty cardholders.

But the threat of Amazon Prime – the rise of which has come as delivery pass subscriptions at the mults erode, according to Mintel figures – will require supermarkets to give members much more than they currently do, and more still for a monthly fee. But what?

A Sainsburys.com third party marketplace perhaps? Asda music streaming? Or could this be the start of Tesco TV?