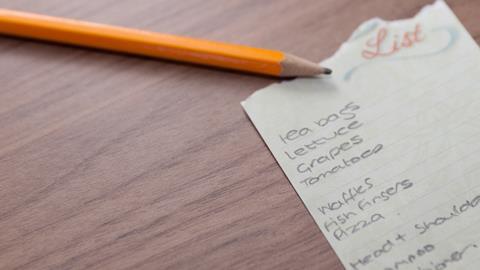 Autistic shoppers need particular support at this time of crisis

What’s more to be said about grocery retailers’ incredible efforts in extraordinary circumstances?

As The Grocer’s editor, Adam Leyland, wrote on Tuesday: “The passion and commitment has been truly awesome. Supermarket workers, on the frontline of the industry, have shown incredible bravery, resilience and flexibility, in the face of extreme workloads, stress and provocation.”

Online, for example, the mults have gone to great pains to make their services as efficient and equitable as possible in the face of Covid-19.

Take Morrisons, which has introduced a three-item restriction across all SKUs ordered via its site to allay panic buying, while Ocado has invited businesses to send temporarily unneeded staff its way. And, as of this week, Sainsbury’s has given priority access to home delivery slots to elderly, vulnerable and disabled shoppers – the people who benefit most from online.

These are just three examples of a much larger body of admirable work.

There is something else that could be done, though – and that is give extra thought to vulnerable people on the autism scale. There are about 700,000 autistic people in the UK, according to the National Autistic Society. Among their shared traits is a preference for familiar routines: unexpected changes usually prove challenging or even distressing. Many are also oversensitive to tastes, smells and textures – and some will eat only a very limited diet.

All of which can present challenges at mealtimes. If, say, one specific variant of a particular brand of sausages isn’t available, then it’s possible an autistic person will simply refuse to eat.

But finding a specific grocery product right now, particularly one with a long shelf life, is far from guaranteed. Such a problem was highlighted this week, when reality TV’s Christine McGuinness – the mother of three autistic children – took to social media to ask her followers not to stockpile food.

“Many children and adults with autism have a very restricted diet, the variation of food they eat is quite often extremely limited,” she wrote. “Some people with autism and other conditions that include sensory food aversions will go hungry from your greed.”

As mentioned above, that “greed” is being well tempered by supermarkets. Now, if they can find reserves of time and energy, it would be much appreciated if they could twiddle a few knobs on their websites to ease the burden for autistic people and their carers. Perhaps something as simple as a ‘sensory need’ tickbox that will allow ‘stockpiling’ of a particular SKU.

Obviously, it’s not a perfect solution by any stretch. But given the immense toil and smart thinking already undertaken by the mults (as well as their past support of autistic people in-store) we should be pretty confident they’ll have a better idea – and soon.