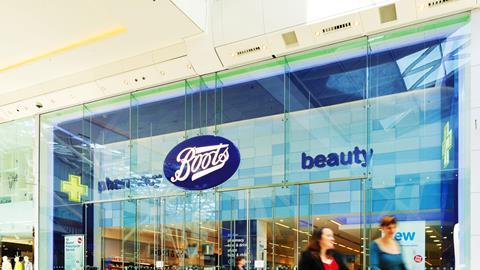 Boots sales have improved but the chemist is beset by challenges. These are the biggest

Results from parent Walgreens Boots Alliance for the quarter ending 30 November, released earlier in January, say “both Boots UK and Boots Opticians performed well ahead of our expectations”.

On the one hand that’s only to be expected as its Q1 figures coincided with a period of relative calm before the full lockdown earlier this month. On the other hand, in the initial lockdown Boots traded “surprisingly badly given its pharmacy traffic”, dragged down by a number of factors, including a slump in demand for cosmetics as people worked from home, says retail analyst Nick Bubb. The chemist will also have paid heavily for its reliance on food-to-go.

With strict lockdowns in place across the UK once more, however, Boots is far from out of the woods. What are its biggest challenges?

Rethinking and rationalising its estate, including closing some stores, is a strategic priority for Boots. It must not be delayed, says Mahya Agorlou, GlobalData retail analyst and expert in the health & beauty sector. Progress has been made - Boots has shut 158 of 200 stores earmarked for closure, largely because they were within walking distance of another Boots store - but more is needed to address that overlap, and also to reduce exposure to travel hubs.

The estate “hasn’t been actively rotated and therefore today isn’t always in the right place for footfall”, says Shore Capital’s Clive Black. Worse still, the stores themselves are “tired” he adds.

Aglorlou says: “The problem is, with the sizeable estate that’s remaining, it’s really important – I should say imperative – for Boots to entice customers back into the stores as soon as possible when the pandemic subsides.

“They had started to address the look and feel of Boots by overhauling and modernising their stores. However, this seems to have been put on hold.”

A significant expansion of capacity helped Boots online sales more than double, according to the results. Boots says the expansion trebled online capacity ahead of Christmas. Commendable – but Boots is late to a brutally competitive party, say analysts.

Despite its improvement in the area, “if you think about leading online retailers, Boots would never come to mind,” argues Black.

Another of the business’s priorities is to be seen more as a ‘neighbourhood health destination’. It’s a goal towards which Boots will have made progress during the pandemic, by administering over two million Covid tests and, most recently, launching a vaccination programme.

“This is where Boots’ credentials come in as a trusted retailer and healthcare provider. Liaising with the NHS will be really beneficial here,” says Agorlou.

But it’s another area in which the high street pharmacy is under mounting pressure. “Grocers are expanding more into the health domain in the pandemic,” says Agorlou. “NHS prescriptions can be delivered to homes for free by the Co-op. And with people naturally exploring the services grocers can provide, they might gravitate that way.”

Tesco overtook Boots as the UK’s biggest retailer of personal care and toiletries in October, with a 20.8% share compared with 20.5%. Yet more pressure in the toiletries arena comes from the seemingly unstoppable variety discounters, Home Bargains in particular, says Black.

A common thread among the challenges highlighted above, from tired stores to a belated online focus, is a tendency towards sluggish progress.

“It’s been starved of investment,” says Black. “Therefore it feels like a business that is living very heavily on its legacies. It’s a very dangerous place to be.”

However, it is in playing to its strong legacy, while also modernising, that Boots’ hopes of recovery lie, say the analysts.

It remains one of the most trusted healthcare brands in the world, Black points out. It has a history of ”fantastic private label development, particularly in things like No7 and Soltan”, and it has built on this in the pandemic with the launch of several new beauty brands such as XX Revolution.

The business’s strategic priorities, including strengthening that trust further as neighbourhood health destinations, modernising the estate and growing online, are the correct ones. And the latest results show how they are beginning to pay off, says Agorlou. It just needs to hurry up, because “essentially the pandemic has shifted recovery further away from Boots’ grasp”, she adds.

With the sale of a majority stake in its Alliance wholesale division for £4.7bn to Amerisource Bergen, however, the hope is that investment into the retail side will flow. The deal is said to have no short-term impact on Boots’ pharmaceutical sourcing capabilities thanks to a decade-long supply agreement with Alliance.

For one of Britain’s oldest and best-known high street retailers, there is still everything to play for, but the game has entered a crucial stage.