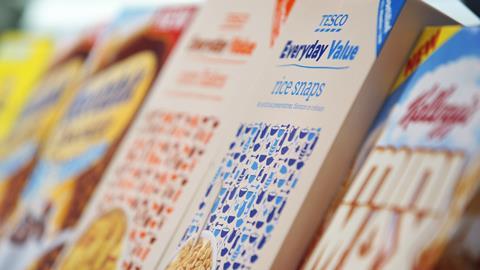 Boris Johnson should use brains, not brawn, in his obesity battle

As the prime minister ponders his options – in between one-handed press ups – following a reported Damascene conversion to the fight against obesity, there was food for thought today from the biggest trial yet of so-called nudge tactics in UK supermarkets.

The Grocer first revealed in December that the major food retailers, including Tesco, Sainsbury’s and M&S, were experimenting with radical changes to in-store layouts and promotions in collaboration with a host of the UK’s major suppliers.

With the government’s much-delayed Obesity Strategy still on ice, including a radical plan to clampdown on HFSS promotions in store, the initial results from the trial make for interesting reading. They might encourage Boris Johnson, clearly straining on the leash for some anti-obesity action, to rein in some of the plans –  at least until more evidence is at his disposal.

Among the measures carried out in the trial, Sainsbury’s banished all the high-sugar cereals in several of its supermarkets to the top shelves. The idea was to see if it reduced so called “pester power” and could encourage lower-sugar, higher-fibre products to make their way into customers’ baskets.

It appears the short answer to that question is a resounding no. In fact, results from Sainsbury’s sales data, released today, show that during the course of the experiment, sales of healthier cereals switched into the place of high-sugar products rose by less than 1%.

Perhaps like Johnson, the parents were all so fit that stretching up to the top shelf was not such a problem.

More likely, the trial shows the idea that parents buy HFSS products just because they are in their child’s eyeline is highly simplistic. As is the rationale in the government’s proposed measures on promotions, which suggests promotions on heathier products will automatically lead to them replacing “junk food” alternatives.

Other elements of the pilots, however, were more successful.

Tesco revealed that a year-long trial of revamped fresh aisles, which saw all confectionery stripped out and promotions of fresh fruit & veg significantly ramped up at dozens of its stores, led in some cases to double-figure percentage increases in sales of the healthier products, compared with non-trial stores.

That was until it all went pear-shaped in the run-up to Christmas, when the stores that ran slimmed-down festive promotional aisles saw sales fall off a cliff, compared with the stores that carried on as normal.

In other words, nudging people works, but only when it is done cleverly and in line with what customers want – not when it is used as a blunt tool.

The evidence, from these cases and many other aspects of the trials, is now being chewed over in more detail by experts at Oxford University. A full report is due in the autumn, and ought to shed more light on which promotional switches actually work and which don’t.

So, here is a suggestion for the PM, who has recently shown no hesitation in throwing money at university boffins for cures that may or may not exist.

Why not tap into the research and use it for an evidence-based obesity strategy backed by the full might of the supermarkets? It’s probably better than dusting off some hastily updated plan, salvaged from the the long grass, in a bid to make you look tough.

As the old saying goes, use your brain, not your brawn.