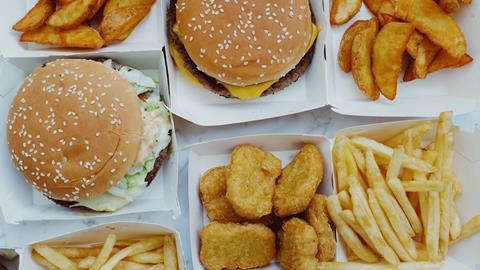 There have been so many leaks about Boris Johnson’s damascene-conversion to the war on obesity, it seems virtually every conceivable option has been mooted, short of banning all junk food completely.

So when it finally came to the big reveal today, it was a refreshing surprise to see the government actually set out plans that were both bold and, compared to many of its previous efforts, clear.

Whether the PM has shed weight due to his punishing health regime or because of his time in intensive care is still one for the jury, but there is no doubt this is a serious escalation compared to the previous feeble chapter of the Childhood Obesity Strategy.

Of course, the government is desperate for this not to be seen as the latest chapter at all, but a new start with some much-needed Boris Johnson oomph behind it.

The dire backdrop of Covid-19, illustrated so disturbingly in the PHE report over the weekend showing how much obesity increases your risk of dying from the virus, has given the government a new weapon as a call to action. It’s also enabled ministers to make the obesity strategy one targeted at the whole population, not just kids, which many feel is overdue

Whether it’s through dusting off old plans or through new ideas, the government cannot be accused of ducking the big issues.

Plans to bring in an HFSS watershed on TV have been discussed since before some of today’s ad agency creatives were out of nappies. The argument from the Advertising Association – which seizes on the government’s own data suggesting such a ban would cut children’s diets by a miniscule 1.7 calories per day – would be smarter if this didn’t suggest it doesn’t think advertising works.

And anyway, the industry cannot say it’s not been warned.

Nielsen analysis commissioned by Cancer Research, exclusively revealed to The Grocer in February, found almost half (47.6%) of all food adverts shown during September 2019 on ITV1, Channel 4, Channel 5 and Sky One were for HFSS products, even at a time it was well-known a watershed was on the cards.

Like them or not, today’s plans, which could yet extend to an all-day ban on such ads online, certainly rank alongside the introduction of the equally controversial sugar tax as the government’s biggest move yet on obesity.

However, it would simply not be this government if its measures didn’t leave room for uncertainty, which heralds the prospect of further protracted debate and delays over how the strategy will work.

For starters, there is no mention in the plans of a further extension to the aforementioned sugar tax, although Treasury sources insist it is still being considered.

Likewise, Johnson’s plans completely ignore PHE’s flagship reformulation programme, which has come to look increasingly like it will go the same way as the now-defunct Responsibility Deal.

Meanwhile, the plans for a ban on promotions in store are, in contrast to the watershed, vague and full of unanswered questions.

The government says it will ban HFSS promotions in “prominent positions” in store, mentioning checkouts as an example, as well as volume promotions such as bogofs (even though these have already largely bitten the dust).

But does this mean a ban on all HFSS end-of-aisle promotions, or simply regulation to back up the voluntary moves many supermarkets have already made to get rid of so-called guilt aisles?

That makes a massive difference to the maths. The Grocer revealed last year estimates of a £700m hit to the industry if it is the former, and warnings of an inevitable increase in the cost of food, at a time when many argue the country can least afford it.

Of course, many on the health campaigners’ side argue that such a hit is worth it, and that it is time for companies and their healthier products to step up to fill the void that would be left on those aisle ends.

The evidence, however, is as yet pretty thin on the ground that the approach will work.

Earlier this month, The Grocer revealed trials of so-called nudge tactics, in which supermarkets including Sainsbury’s and Tesco skewed their aisle positioning towards such healthier items, had mixed success in altering buying habits.

In some cases trial stores which axed sugary products from promotions were able to achieve double-digit increases in fruit and veg sales, without impacting on overall sales. But when it came to Christmas, year-on-year sales went through the floor, suggesting a blanket approach carries huge financial risks and needs to be far better thought out before the nuclear button is pressed.

And that is without even getting into the debate about what products actually qualify as ‘junk’, and perhaps the biggest question of all about fundamental freedom of trade: an issue which will surely test Johnson’s newfound convictions just as much as any potential extension of the “nanny state” taxes he once professed to hate.