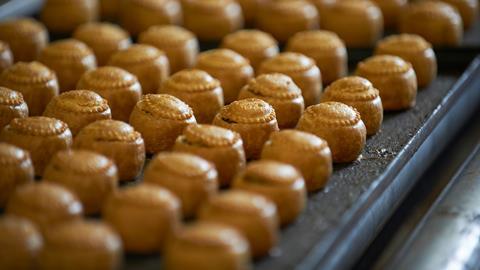 Oh, Boris. Not content with waving a kipper around in an attempt to blame the EU for the UK’s own food safety policies, our not-so-esteemed PM has now turned to Britain’s beloved pork pie as a reason to be grateful for Brexit.

While speaking at the G7 summit in Biarritz, Boris Johnson reportedly claimed Melton Mowbray pork pies were exported to Thailand and Iceland, but not to the US due to “I don’t know, some sort of food and drug administration restriction”.

A US-UK trade deal would fix this, he suggested, as he heroically promised to “prise open the American market” by removing restrictions on UK exports.

Johnson was right when he said we didn’t export pork pies to the US, he confirmed. But that’s largely down to the fact pork pies are a relatively delicate, fresh meat product. “Because of the short shelf life it is not really viable economically,” O’Callaghan said.

Opinion: Retailers should collaborate, not compete, to cope with Brexit chaos

If Johnson could secure an agreement for Melton Mowbray pork pies to be sent to the US frozen and baked on destination, they “might take off”, O’Callaghan admitted.

But there is one big problem that even BJ can’t ignore. Americans don’t like protected food names. So there is no guarantee the Melton Mowbray name could be protected under a future US trade deal.

“The protected food names are worth about £6bn – a quarter of the UK’s food and drink exports. On day one of Brexit, if there is no deal, protection ends in Europe,” said O’Callaghan.

“If Boris wants to sort it out, there is an agenda to sort out, and that is continuing the protection of our protected foods both in Europe and in trade deals with the US.”

The whole affair was dismissed by some national newspapers as a “hilarious spat” between pork pie makers and the PM. But there is nothing funny about the PM’s total disregard for the facts when it comes to how Brexit will affect the food industry.

Love it or hate it, there is no chance Britain will be able to avoid a damaging Brexit come October unless Johnson and his cabinet start facing facts.

EU sources have already warned this week that future UK-EU trade talks would be blocked if the UK reneged on its promises under the EU withdrawal bill.

And the idea a trade deal with the US would cushion the blow of losing our biggest food and drink trading partner is – if you pardon the pun – pie in the sky.