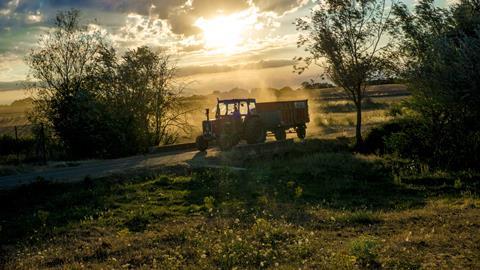 The global food industry is failing. Failing the environment, failing biodiversity, failing the natural world upon which we all rely. While the world produces more food than ever, rescuing millions of individuals from hunger, it has also come at a cost we have so far failed to fully quantify. So goes the argument of the landmark Dasgupta Review, launched today.

The 600-page review, commissioned by the UK Treasury, advocates a fundamental rethink of the way we approach our food’s relationship with the natural world. “Our demands far exceed nature’s capacity to supply us,” it argues, adding that we must find new measures to assess the importance of nature if we are to protect it.

It backs the idea of ‘natural capital’ – placing an economic value on natural resources – and how our food systems must consequently change as a result. The implications would be far and wide for a British food industry that places immense strain on the natural world, but change is undoubtedly a must.

One idea that ‘natural capital’ could quickly undermine is that ‘buying British’ is an inherently beneficial option. Such local sourcing policies typically come with claims of favouring sustainable production, promoting high standards, and boosting the local economy, but this is not necessarily the case.

Not only can British agriculture be damaging to the natural world – acting as one of main drivers behind the 15% of British wildlife now facing extinction, contributing 9% of the country’s greenhouse emissions, and polluting waterways at an unprecedented rate – but the concept of ‘natural capital’ potentially undermines any economic value British farming holds on to.

As Dieter Helm, an Oxford University economist and chair of the Natural Capital Committee, puts it in his polemic ‘Green and Prosperous Land: A Blueprint for Rescuing the British Countryside’ “the net economic value of agriculture as it is – the agriculture that has produced the monochrome landscapes, destroyed insect life and led to great declines of farm birds…is in fact approximately zero.”

The system is not “remotely economic”, he adds, or even “provid[ing] for food security” once the environmental impacts are considered. Therefore buying British because it is supposedly sustainable and a boost to Britain’s rural economy is arguably false.

This is not to say supermarkets should drop ‘buying British’ by any means. This would devastate British farmers, who are victims in their own right of a structural system of subsidies that have long made environmental protection unviable.

Supermarkets can, however, take other steps to address the issue, starting with leveraging their ever-growing political capital in Whitehall to ensure the government delivers a land-use system in the coming months that balances food production with biodiversity.

The UK’s departure from the EU provides a once-in-a-lifetime opportunity to transform the way Britain produces food. To move on from EU subsidies that pay farmers more to exploit nature than to protect it and find a new system that prioritises clean air and water, thriving plants and wildlife, and mitigating climate change.

The Dasgupta Review highlights certain technologies that could help, such as vertical farming, genetic engineering and precision agriculture, but it recognises these are only likely to occur if “institutional changes provide incentives to develop and establish them on a large scale”.

Here again, is where the supermarkets can step in. Such innovation costs money and will likely only come through a synergy of private sector and state. Retailers have already made some interesting moves in this area, but for genuine impact to be realised, investment must be more widespread.

The final lever available to the supermarkets is in changing public opinion. Supermarkets are some of the nation’s most valuable influencers on the public’s opinion on food, highlighted when they came out against lowering food standards as part of a US trade deal.

As it stands, just 15% of the public believe farming has a negative impact on the environment, according to an AHDB survey this week. Farmers may raise this up as a positive, but for as long as public opinion believes everything is OK, true change is that much less likely to occur.

Supermarkets can play a role in raising awareness of the impact British farming systems are having on our natural world, coming out in support of solutions such as genetic editing and meat alternatives, and raising the stakes on government to deliver transformative change.

“Retailers play a vital role in safeguarding the future of the countryside,” according to Waitrose. “We take our responsibilities seriously.” With 2021 set to lay the groundwork for the future of the British countryside for years to come, now could be the time to prove it.