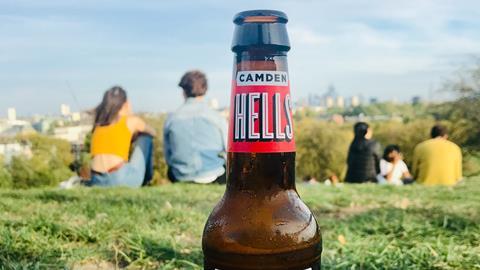 News that Camden Town Brewery is to be subsumed into the giant corporate machinery of its global owner AB InBev – as revealed by The Grocer last week – will have a legion of craft beer fanatics tutting “I told you so”.

The London-based brewer sparked controversy in the craft world when it was bought for £85m in 2015, quite literally selling out to the big bad of the beer world.

Hipsters turned on the brand and BrewDog –  never one to miss a marketing trick or chance to make a dig at the ‘establishment’ – immediately delisted Camden from its bars, saying it didn’t sell beer brewed by AB InBev.

Founder Jasper Cuppaidge, who planted the seeds for the business in 2006 by brewing his own beer in a basement of a Hampstead pub, has always shrugged off the craft tag as meaningless and focused instead on growing Camden.

He was right to do so, of course. The reality is the rapidly growing business may not have survived at all without big investment, and it certainly wouldn’t have reached as many drinkers.

With the backing and knowhow of AB InBev, Camden was able to invest £30m into a shiny new site at Enfield, which, at a capacity of 500,000 hectolitres, is one of the biggest breweries in London – and it’s still not big enough to fulfil the beer needs of the business each year.

I’ll leave it for aficionados to argue if the taste of Hells lager has been compromised along the way, but it is hard to see how better equipment could be detrimental.

The buying power, distribution network and logistical expertise of the Stella and Budweiser owner meant Camden could forget about the boring details and instead concentrate on brewing and enhancing the brand image.

Instead of being bogged down in the minutiae of Brexit planning, Cuppaidge and MD Adam Keary have been freer to launch new brews, build a DTC business and dream up partnerships with Arsenal FC and Sri Lankan restaurant Hoppers in the capital.

The full integration into AB InBev’s UK arm, the Budweiser Brewing Group, scheduled for January, was always inevitable at some point given the duplication in finance, sales and executive functions. Although perhaps the turmoil caused in the brewing world by the coronavirus pandemic forced AB InBev’s hand sooner than expected in a bid to simplify and streamline some costs.

A spokeswoman for Budweiser Brewing Group emphasises how loved Camden is by the parent company. And highlights there is still plenty of growth to be chased outside of the south of England, with the brand not yet making many inroads to the north, not to mention overseas.

The worry is Camden becomes lost in the wider portfolio of much bigger brands and entirely loses its character.

Cuppaidge stepping back into a token consultant role and Keary – who was the driving force behind the brand’s stellar growth in supermarkets – leaving the business entirely can’t fail to cause disruption.

The Camden marketing team that has done such a fine job of bringing the brand to life will likely remain in place under the new structure, in keeping with each individual brand in the wider portfolio.

But will the business have the same independent energy? Cuppaidge had worked hard to create an atmosphere of a satellite enterprise operating far from the reaches of the mothership to retain Camden’s identity – in much the same way Innocent has at Coke and Ben & Jerry’s within Unilever.

Can Camden flourish under closer control by AB InBev or will it suffer a similar fate to fellow London brewer Meantime (which has lost its way somewhat since joining Asahi)?

Only time will tell once the consultation is concluded, but it is worth raising a glass to the end of an era just in case.