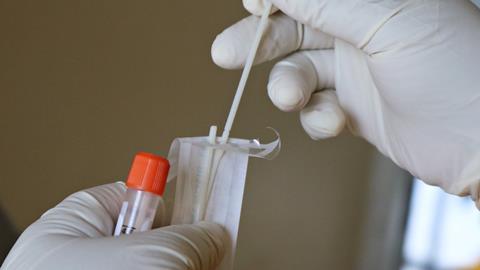 Industry leaders have long called for food sector workers to be prioritised for Covid-19 testing, and they might have just found their hero in Mike Coupe.

The former Sainsbury’s boss, turned head of NHS Test and Trace, has come in for almighty flak over alleged cronyism, along with his boss Dido Harding. But all will be forgiven if his new plan to mass-test key food industry workers, exclusively revealed by The Grocer this week, comes to fruition.

However, that is a very big if.

Considering the track record of the government so far, there is much to do if so-called Project Enable is to prove a bridge between now and a vaccine, which enables the wheels of the industry to keep turning and avoids another damaging spike in absenteeism.

According to Coupe and his officials, who presented plans to suppliers and retail leaders this week, the idea is for a mass testing programme to be rolled out nationally from next month, following a series of pilots.

Sources say the government hopes to have daily tests, which could see results returned within an hour and a major reduction in the number of staff forced to self-isolate if a colleague tests positive.

However, quite how quickly and how comprehensively this will be rolled out across the supply chain remains to be seen.

It is believed the priority for the rollout will be meat production plants, which have sadly been the scene of many Covid outbreaks since the pandemic began.

But retail bosses are now urging the government to explain when they too will be able to benefit from mass testing at distribution centres – and potentially even supermarkets.

Considering the hundreds of thousands of staff involved, the scale of the operation is vast and it is certainly a world away from the situation as it stands in many food production plants today.

As one meat supplier tells The Grocer: “It’s going to be a difficult Christmas. We are being impacted by Covid and are seeing our supply chain being impacted.

“As a reasonably sized manufacturing business, the support we have been offered is £1,500. That doesn’t buy one temperature scanner and we have bought six, never mind all the rest of the ongoing expenditure.

“We were designated as key workers but if my staff have to self-isolate they can only get £50 hardship relief. Abattoirs are in the same boat.”

That sadly is the reality for many of the food companies that have kept going since the virus began, while all around them other sectors have been forced into various degrees of lockdown (with more on that to be announced today).

Let’s hope Coupe, who knows enough about the food industry to be aware of its resilience but also the vast challenges ahead of this programme, is given the financial resources and feet on the ground to make good on his promises.

The industry has already had its fingers burnt with government promises and mixed messaging over fiascos such as lack of PPE, masks and so-called game-changing apps.

The ambitious testing programme must not be allowed to end up in the same mess.