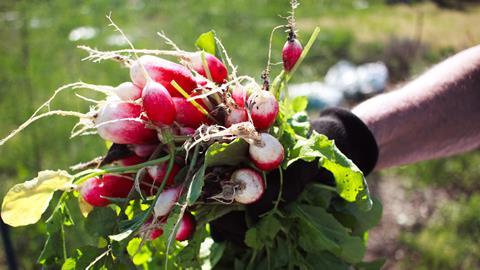 Climatarian could be the new diet that shapes supermarket shelves

Climatarian. It’s a word that been kicking around for some time, entering the Cambridge Dictionary in 2015 with the definition “a person who chooses what to eat according to what is least harmful to the environment”.

Now it looks set to enter into common usage, after outlets from The New York Times and The Independent to Runner’s World and Hello have offered explainers in recent months and weeks.

A lot of coverage of late has, of course, been to tie in with COP26, which will come to an end tomorrow (12 November). Getting in just under the wire is The Guardian, which yesterday had journalist Emma Beddington recount her week as a climatarian.

It saw her weigh up the benefits of going plant-based – the key dietary change when becoming climatarian – swap ready meals for scratch cooking, forage for seasonal fruit and herbs, and shop locally. She faced the dilemma of plastic waste versus food waste, and struggled to eat out in an eco-friendly manner.

That’s not all – and, frankly, Beddington’s piece made climatarianism seem like a major hassle. Who, for instance, has time to quiz their favourite tea brand about carbon offsetting before enjoying a morning cuppa? And surely not everyone can afford £43 to ensure they’re drinking climate-positive gin.

But need a climatarian diet be such a pricey faff? Possibly not. At least, not if supermarkets lend a hand. As they work to become net zero in their own operations, they’re flagging up some important in-store moves, such as Iceland’s efforts to eliminate plastic from own-label packaging by the end of 2023, or Asda’s rollout of refill stations for the likes of tea, cereal and pasta.

The problem is that, bar these overtly eco-friendly initiatives, many shoppers don’t know which is the more sustainable option when presented with a shelf packed full of products. There are efforts to address this, though. A growing number of brands have committed to carbon footprint labelling, and apps such as Yuka and Giki are helping people shop more sustainably by offering independent eco-assessments with the scan of a barcode.

There’s still plenty of scope for further developments in grocery – as suggested in The Grocer’s recent feature on what a true ‘eco-supermarket’ could look like. It posited such innovations as ‘planet positive’ labelling – like nutritional traffic lights but for food miles, carbon emissions and such – AI to help reduce food waste, and low prices on locally grown, seasonal fruit & veg.

Much of which would cater for a climatarian diet. It’s currently quite difficult to eat green (especially when shopping for food and drink online, as so many Brits now do). But if climatarianism takes off in the way, say, veganism has, it will be in the interest of the supermarkets to make it easy.