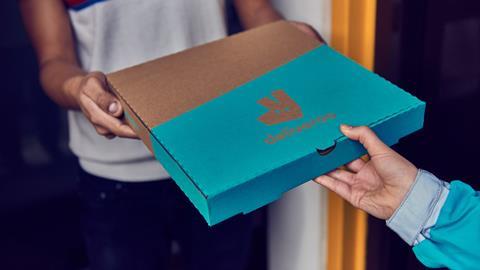 CMA’s Amazon-Deliveroo decision will be a cracking season finale

It’s been the ‘Will they? Won’t they?’ question on everyone’s lips. Not the BBC adaptation of Normal People, but the Competition & Market Authority’s investigation into Amazon’s investment in Deliveroo.

Next week – no later than Thursday 11 June – comes the big season finale, when the authority gives its final word. It will mark the end of a rollercoaster ride of enforcement orders, u-turns and divided opinion.

Cue back-story montage: In May last year, Amazon – a company named “an inspiration to me personally” by Deliveroo boss Will Shu – led a £450m fundraising round in the courier firm.

Two months later came an enforcement order from the CMA on the grounds that the two companies had “ceased to be distinct”. Over Christmas, the authority played Scrooge and referred the deal for an in-depth investigation. The union seemed doomed. Then the craziest of plot twists: a global pandemic.

The CMA did a u-turn, summoning the rarely used ‘failing firm’ principle. Because coronavirus lockdown measures have seen Deliveroo’s restaurant base all but evaporate. Based on evidence from Deliveroo’s financial advisers, the prospect of blocking Amazon’s investment would see the business “fail financially” in the current climate.

So in April, the authority provisionally cleared the merger. It decided that enabling Deliveroo to survive would, on balance, be best for competition.

The latest episode in the saga has seen Deliveroo rivals submit their views on the deal. And they have strong opinions. For them, the coronavirus crisis doesn’t justify exceptional decisions that affect the entire market.

Just Eat said it didn’t question the “serious and perturbing nature” of the crisis, but “does not believe that this creates a ‘carte blanche’ to assume permanent, irreversible negative impact on businesses”. Besides, it added, Deliveroo had much to gain.

It ended by questioning whether Deliveroo had provided “fully accurate information and context about the impact of Covid-19”. Ouch!

Others have piled on. Nottingham dark kitchen company Indulge-In argued that “all businesses are facing major challenges … Deliveroo should not receive special dispensation”.

Move Fresh CEO Kevin Dorren took a similar view. “The major concern is a further tightening of Amazon grip in e-commerce retail in the UK,” he said. It would be preferable to block the deal until normality returns to grocery retail, he suggested. “Otherwise we are giving Amazon an unfair advantage to enter this market using Covid-19 as a convenient excuse.”

For anonymous ‘Company C’ the failing firm argument is “absurd”. After all, Deliveroo has been losing money for years.

“If Deliveroo continues to run its business without regard to the current economic impact that all businesses across all sectors are facing, and without reducing its cost base significantly, it will surely be the author of its own demise,” the submission noted.

Their arguments are convincing. Even more so considering how things have changed since provisional clearance was given in mid-April.

Deliveroo has since struck grocery delivery deals with M&S, Morrisons and Aldi. Fast food outlets have reopened across the country. Latest Kantar figures show “people missing their favourite restaurants and wanting to treat themselves” has pushed takeaway deliveries up by 250% year on year.

When the CMA provisionally passed the deal it said: “These wholly unprecedented circumstances have meant reassessing the focus of this investigation.” Will the quite different current circumstances see the CMA reassess all over again?

One thing is for sure: it’s going to be a cracking final episode.