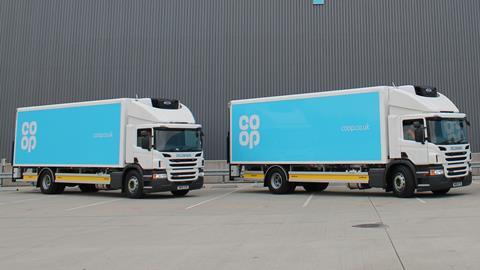 There has been a lot of hand-wringing about the Co-op’s decision to hang on to the £66.5m it received last year in business rates relief.

Many businesses that have suffered far more dramatic impacts than the Co-op have had no such support, while many wholesalers battled for over a year just to earn the right to scramble with other operators for a share of a finite pot of gold.

Meanwhile, the vast majority of major grocery retailers did give back over £2bn in relief. So people are, understandably, asking what makes the Co-op’s case so special.

But every business’s situation is different and what they choose to do with the support they are offered is really for them to decide. They are generally in a better place than observers, sitting on the sidelines, to decide whether they need it or not.

Co-op, like Iceland before it, made it clear today that it took the business rates relief as a benefit and not as a loan, and so factored this into its business planning – in effect saying ‘we’ve spent it already so you can’t have it back’. And, just like the frozen specialist, it won’t be claiming any further relief for the year ahead.

This is fair enough. Not all grocery retailers went into the pandemic in tip-top financial health with endless reserves of cash. That Tesco was the one to get the ball rolling in December, when it announced it would hand back £585m, is not without significance. The biggest and most profitable supermarket managed in one fell swoop to not only score a massive win in terms of generating positive PR, but at the same time placed its rivals in the uncomfortable position of either following suit at great expense or risking the reputational damage that would come with hanging on to the taxpayers’ hard-earned cash. We will never know how many retailers would have acted unilaterally had Tesco not set the wheels in motion.

So ultimately it shouldn’t matter whether Co-op can clearly demonstrate why it needs relief more than anyone else.

Nevertheless, it does have a strong case. Firstly, its costs directly associated with the pandemic were £84m, higher than the combined rates relief and the £15.5m furlough support, the latter of which it is now giving back. Secondly, while there was an initial convenience boom, it claimed it incurred a disproportionate increase in costs associated with Covid safety measures, compared with larger supermarkets. This was largely because it needed bespoke solutions across its 3,400 small stores. There were also extra costs involved to set up local community networks to support vulnerable customers.

Thirdly, the Co-op did enjoy online growth, but not to the same extent as its major supermarket rivals. And finally, while we tend to think of the Co-op simply in terms of its food stores, it is also a major player in funeralcare, insurance and legal services and even runs a number of schools – all areas that have suffered a significant Covid impact.

Co-op, along with all major grocery retailers, independents and wholesalers, has done a fantastic job in feeding the nation during this awful crisis. So it’s worth bearing that in mind before dealing in the whataboutery that is such an ugly part of today’s society.