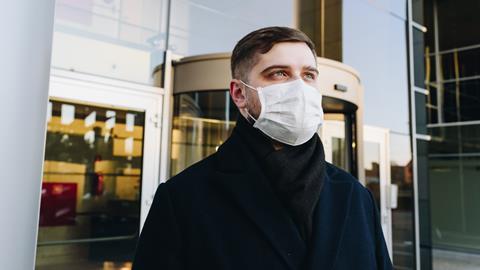 As of July 24, it will be mandatory to wear a mask when shopping. After days of confusion on the topic, finally some clarity on face coverings – and with it, an additional burden on retailers.

As British Retail Consortium chief Helen Dickinson explained, retailers “must not be the ones enforcing these rules”.

Environment Secretary George Eustice said retailers “will have a role to play in helping ensure there’s compliance”. It will be up to staff at the door to tell people to mask-up and hand out free masks for those don’t have them, he added.

Meanwhile, the head of the Metropolitan Police Federation warned today retailers should not expect a bobbie on every shop door. But it is only police that can issue the £100 fines for those not covering their head holes.

“Shopkeepers need to step up to the plate and take some responsibility,” the Federation’s Ken Marsh told the BBC.

How shoppers in England respond at the supermarket and convenience store door is yet to be seen. Brits have a “unique reluctance” to wearing face masks, according to a recent YouGov survey which found a mere 21% of us are currently donning them when out in public.

Most shoppers will doubtless be compliant come next week. One of the most commonly cited reasons among around half of non-mask wearing Brits is that they look a bit silly in one (YouGov). That barrier disappears when everyone’s covered up. But it’s the bare-faced few that will cause the trouble.

Will we see similar scenes as the US, where mask wearing has become tangled with ideas of personal freedom and civil liberties (in no small way thanks to Trump) – resulting in explosive reactions from shoppers refused service?

Hopefully a similar so-called ‘culture war’ is not headed here. But with some commentators already referring to masks as “muzzles”, it’s a real risk.

There is opportunity in the new measure too. A BRC and Opinium consumer survey last month found social distancing and hygiene measures taken by stores were largely welcomed by shoppers. Customers like to see stores taking safety seriously.

Those stores willing to hand out free masks at the door could win a customer refused entry next door. Branded masks are also a possibility.

The biggest boon coming from the extra layer of physical store friction, however, is for online grocery. Mandatory masks add still more hassle to visiting a supermarket. They also highlight stores as centres for virus transmission.

“Consumers have got a much better understanding of viruses and the transmission of disease and everybody is taking less risk than they did historically. Some massively less risk, but everybody some less risk,” said Ocado CEO Tim Steiner this morning, as the retailer announced first-half sales were up 27.2% to over £1bn.

“It’s about deciding where and when you want to take your risk. Do I take it to visit my family and friends for fun and entertainment? Or do I take it at Tesco to walk the aisles to get my groceries?”

Even had he been wearing a mask, I suspect you’d still be able to see his grin.