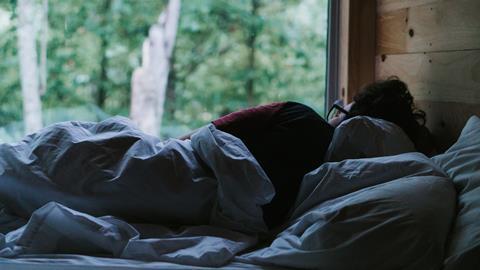 Brits have been under extreme stress of late, The Guardian reports today – presumably to the surprise of no one. Nevertheless, the story still makes for grim reading.

A University of Nottingham study of more than 3,000 adults found 57% reported symptoms of anxiety in the early stages of lockdown, with 64% noting common signs of depression.

“This is far in excess of levels usually seen in the UK,” according to Kavita Vedhara, the health psychology professor who led the research.

People’s mental health difficulties have since eased – but “scientists warn they may worsen again as infections rise and more aggressive nationwide lockdowns are considered over the autumn and winter” The Guardian adds.

It’s a similar situation elsewhere in the world. In the US, for instance, research by the University of North Carolina at Chapel Hill and Harvard Medical School found 55% of people felt more stressed in late May than in January.

All of which means PepsiCo’s latest high-profile innovation could not be more appropriate. It’s a functional water called Driftwell, designed to help people unwind at night and sleep better.

It contains 200mg of L-theanine, an amino acid found in some types of teas and mushrooms. “A few studies have suggested that the ingredient can improve sleep quality and can help reduce the physical symptoms of stress,” CNBC reported on Monday.

The charmingly named drink, which comes in blackberry-lavender flavour only, is a fascinating move by PepsiCo.

It comes as mindfulness is, understandably, of growing interest – including in food and drink. Only this week, for example, premium chocolate maker Guittard unveiled its Mindful Choices lineup, designed to “unite the artistry of chocolate with evolving dietary awareness”.

Driftwell is also commercially savvy. It taps the functional water trend, which in the States is worth around $3bn and growing, according to CNBC.

And the new drink hints at PepsiCo aping Coca-Cola’s ‘total beverage’ strategy. Having bought energy brand Rockstar earlier this year, Pepsi has addressed the other end of the need-states spectrum with this NPD.

Apparently, it’s the fastest new product to ever come out of the beverages and snacks giant. And its packaging suggests that: the design is bland; it looks rushed.

There are other cons. Packed in a 7.5 fluid ounce can (222ml), it seems like a lot of water to drink right before bed – even if Pepsi innovations VP Emily Silver insists “it’s the perfect size for hydrating before bedtime without requiring another trip to the bathroom”.

Not that anyone will know for a while. Driftwell won’t be available until December – and only then via online stores in the US. It’s expected to hit the high street in the first quarter of 2021.

The bad news for Brits is Pepsi has no plans for a UK launch. That’s even though suppliers say interest in functional food and drink is enjoying a revival as consumers concentrate on maintaining their wellbeing.

Plus, it’s the sort of smart innovation that could help drive value back into bottled water. Last year, the category lost £34.2m as take-home sales slipped by 6.3% [Kantar 52 w/e 3 November 2019].

And with fears that stress levels are likely to soar again in the UK, Driftwell would probably go down a storm.